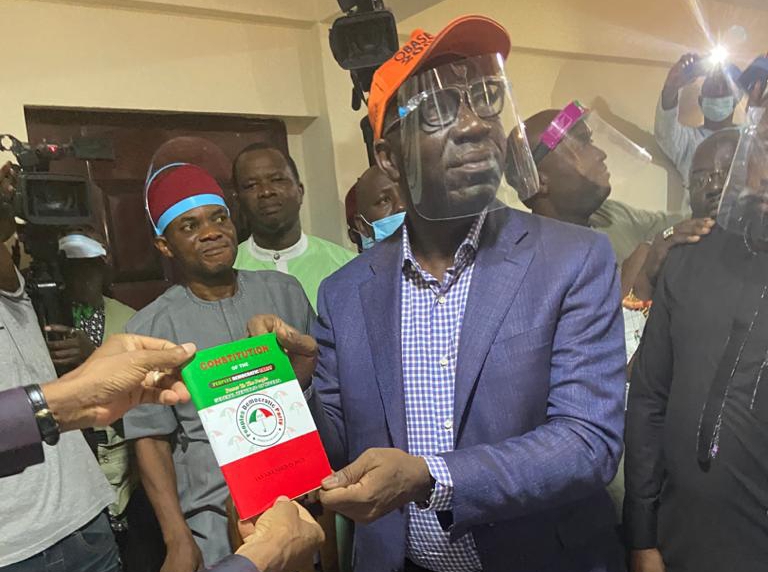 The legal representatives to Edobor Williams & others, Shores & Savanna has said the certificate suit of Edo State Governor Godwin Obaseki was never considered on merit.

According to the legal representatives, the plaintiffs withdrew the suit from the Federal High Court, Abuja, having achieved their objective of stopping the All Progressives Congress (APC) from sponsoring Governor Obaseki.

In a statement, the representatives threatened that the plaintiffs would take further steps after the nominations of all the parties are concluded and the names of their candidates submitted to the Independent National Electoral Commission (INEC).

The statement reads: “Obaseki’s certificate suit was voluntarily withdrawn by APC members who filed the suit.

“The suit No FHC/ABJ/CS /553/20; Edobor Williams and others vs APC & Obaseki was 29/6/2020 withdrawn from the Federal High Court, Abuja, by the plaintiffs who are APC members.

“It would be recalled that the plaintiffs were opposed to APC nominating Godwin Obaseki as its gubernatorial candidate for the September 19, Governorship Election for Edo State on account of Mr. Obaseki’s inconsistent educational history, false credentials and forged Affidavit.

“These were the same reasons for which APC eventually disqualified Godwin Obaseki from participating in the APC Gubernatorial primaries of 22/6/2020 to the satisfaction of the plaintiffs.

“The plaintiffs voluntarily filed a Notice of Discontinuance of the said suit having achieved their objective of stopping APC from sponsoring Godwin Obaseki. The public MUST TAKE NOTICE that the case was never considered on merit.

“Plaintiffs would take further steps after the nominations of all the parties are concluded and the names of their candidates submitted to INEC”.