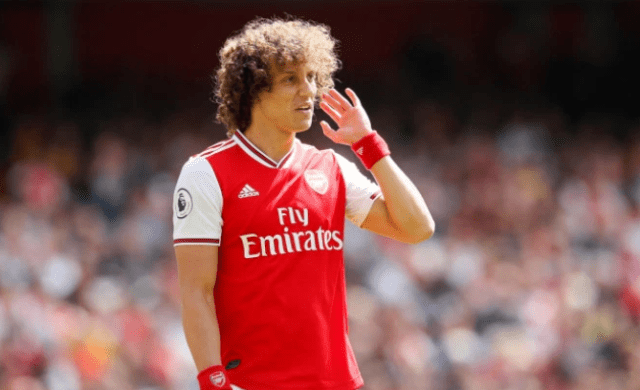 Former Arsenal striker Robin van Persie says he would ‘bully’ David Luiz if they came up against each other.

The Brazilian defender, 33, has been put under the microscope after a shocking performance against Manchester City two weeks ago, which ended in a sending off.

“He has all the skills too because he is confident on the ball, he can pass, he can dribble. He can defend but he just makes too many silly mistakes which makes it easy for an opponent.

“If you play against him, I would go at him, almost try to bully him and to make physical contact with him and move around him and try to tease him a little bit because he is vulnerable.

“The first job you have to do is to defend, be solid and be trustworthy. If you have extra, you can dribble, do some nice passes perfect but he needs to focus on his job.”