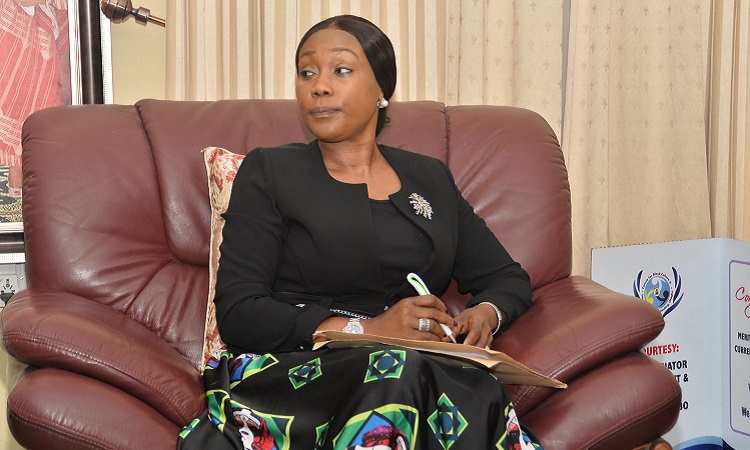 The National Agency for the Prohibition of Trafficking in Persons (NAPTIP) has revealed that presently young boys in Nigeria are more vulnerable to rape than girls.

The Director General of agency Dame Julie Okah-Donli said this is because people tend to focus more on girls not realising that the rape of boys is on the rise.

She said that it is really annoying the number of silly videos being shared and reposted of child pornography on the internet, promising that she will arrest anyone that shares such video or stigmatizes against victims.

Okah-Donli added that she is not an advocate of capital punishments such as death penalty for rapists because it will make perpetrators more brutal, because they will not want to leave witnesses to their crimes.

She said, “I do not advocate for capital punishment of death sentence because it will make rapists become brutal because they will not want to leave witnesses and it will also encourage jungle justice with people using it to accuse and kill people falsely.

“Boys are more vulnerable to rape because we tend to focus more on girls so we need to focus on all our children. Now you see a lot of silly videos with people sharing and reposting, If you send it to me I will arrest you for child pornography, anyone who stigmatizes against victims will be punished. We need to make people know that we are serious.

“During the lockdown, a lot of things where revealed to us, we realized that most of the reports we got was from observant neighbors and not parents.”

Coordinator Cover me project, Barr. Ugo Nwafor explained that his organization has set up a one million man online petition to implement capital punishment to stop rape, child defilement and child abuse in the country.

He said that capital punishment if implemented an curb rape, defilement and abuse by 60%.