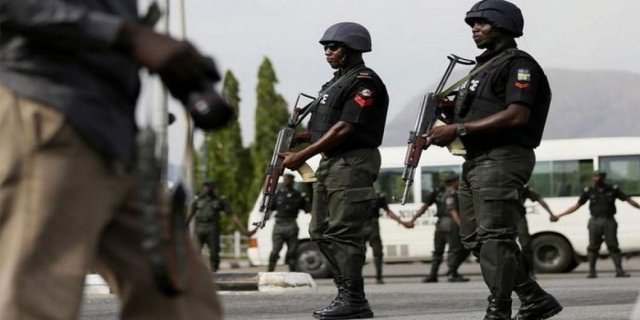 The Delta Police Command has confirmed the arrest of a resident pastor of the Christ Holy Church, Asaba, Mr Fidelis Nwansa, over possession of six rifles.

The command Spokesperson, DSP Onome Onovwakpoyeya, confirmed the development to newsmen on Thursday in Asaba.

The police image maker disclosed that upon his arrest, the pastor claimed that he belonged to a local vigilante group in Anambra.

According to Onovwakpoyeya, the command has since commenced a thorough investigation to establish the purpose of the firearms.

“Our men arrested the pastor and recovered six rifles. The police also nab the head of the vigilante identified as Freeman.

“The six rifles were discovered in an uncompleted building within the premises of the church in Asaba.

“Upon his arrest, the pastor claimed that he belong to a vigilante group in Anambra and that he was using the guns to protect his church.

“However, we are investigating the matter to ascertain the genuineness of the man,” Onovwakpoyeya said.