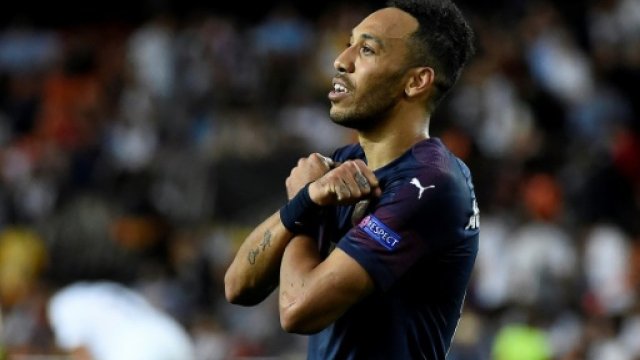 Arsenal striker Pierre-Emerick Aubameyang admits he hasn’t heard from the club about a new deal.

Aubameyang has just over a year to run on his current contract.

“I haven’t recently received a proposition but of course there have been discussions with the club,” he told Telefoot.

“It’s them [the club] who have the keys and for them to do their work. Afterwards we will see what happens.

“It is a turning point in my career. I have been very frank with everyone.

“It will be of course a very difficult decision to make.

“It is possibly the most important decision of my career. But so far nothing has been decided.

“Of course [I want to win titles]. Every player that is a competitor dreams of winning titles.

“Everyone will then ask the question if you would like to win at Arsenal or win elsewhere.

“As I said, it is the future that will tell us that. But I want to win titles. That is clear and everybody knows it.”

Read More: It’s up to Arsenal to convince me to stay – Aubameyang