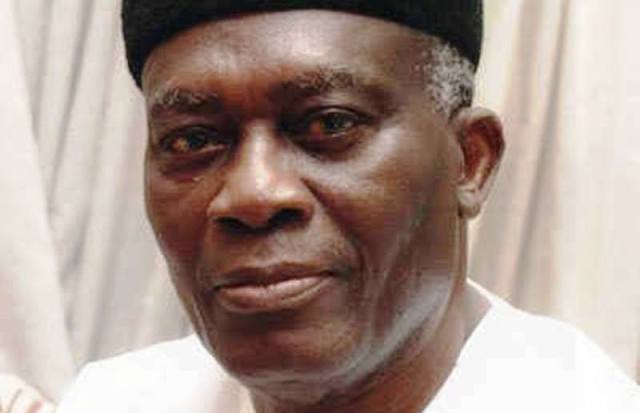 Governor Ifeanyi Okowa of Delta has commiserated with the Obada family of Agbarho on the passing of retired Maj.-Gen. John Obada, saying he was saddened by the news of his death.

The deceased died on Saturday night after a brief illness. He was 81.

In a statement by his Chief Press Secretary, Mr Olisa Ifeajika on Sunday in Asaba, the governor also condoled with the deceased’s Agbarho community, the people of Ughelli North Local Government Area and the Urhobo nation over the sad incident.

Okowa said that the news of Obada’s death was devastating, especially as the nation was in dire need of the wise counseling of retired top military personnel, including Obada, to solve the avalanche of security challenges currently faced by the country.

He, however, added that he was consoled by the fact that the memories of the departed army general would remain immortal.

“As Deltans, we are extremely proud of the outstanding contributions of Gen. Obada to the Nigerian Army where he served as Aide-De-Camp to Nigeria’s first President, Dr. Nnamdi Azikiwe from 1964 to 1966.
“He was also Commander, Training Command, Nigerian Air Force, Kaduna, 1971 to 1975; General Officer Commanding, 82 Division, Enugu, known then as 4th Infantry Division, Nigerian Army.

“Gen. Obada had an illustrious military career and served the nation with all his heart, with full dedication and commitment to duty.

He prayed almighty God to grant the deceased eternal rest.

During his career, Obada acted as Chief of Air Staff (COAS) from 1970 to 1971, and was Federal Commissioner for Works and member of the Supreme Military Council.
He was the President of the Special Military Tribunal that tried and condemned Colonel Buka Dimka after the 1976 coup de-tat in which the military Head of State, General Murtala Muhammed, was killed.

Obada retired from the Nigerian Army in 1977 and represented Delta State in the Federal Revenue Mobilisation, Allocations and Fiscal Commission.

At home, he was 2nd Vice-President of Urhobo Progress Union (UPU), the apex socio-cultural umbrella body of the Urhobo nation, and later Chairman, Board of Trustees of the union.