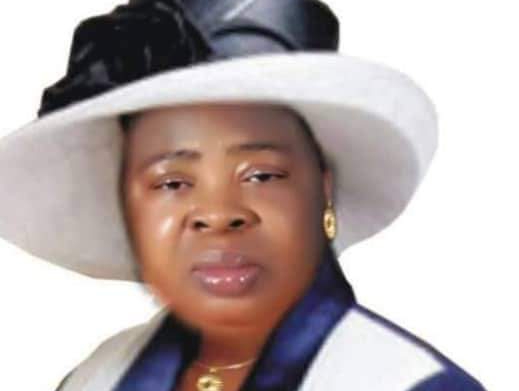 Pastor Victoria Avwomakpa, wife of the immediate past Chairman of the Christian Association of Nigeria (CAN), South South, Archbishop God-Dowell Avwomakpa is dead.

TheNewsGuru.com (TNG) reports one of the deceased sons, Mr. Tareri Avwomakpa, a lawyer, on Sunday confirmed the passage of the female cleric, born on October 20, 1952.

The deceased, 67, who hailed from Ekrerhavwen community in Ughelli North Local Government of the State, died on Friday night after battling an undisclosed illness for many years.

Tareri, who described the death of her mother as a great loss, noted that the deceased pastor was pivotal to the growth of Christ Missionaries Crusaders Church in Delta State, and beyond.

He noted further that his late mother was a great pillar of support for their father, Archbishop Avwomakpa, her children and the Christian community in the South-South region.

Tareri noted that his mother would be greatly missed and prayed for the repose of her soul.

In a statement by Mr Olisa Ifeajika, Chief Press Secretary of Governor Okowa in Asaba, the Governor said that it was heartbreaking to hear of the passing of Mrs Avwomakpa.

He not8 that her death was a huge loss not just to her family, but to the church and the society.

He said that Mrs Avwomakpa’s contribution to society was laudable urged her husband, children and other family members to be consoled by the legacies she left behind.

“I learnt of the passing of Pastor (Mrs) Victoria Avwomakpa, the wife of our father and former South-South Chairman of Christian Association of Nigeria (CAN), Archbishop God-dowell Avwomakpa.

“It is indeed heart-breaking to lose a dear one, especially a wife of 48 years.

“Although death is the way of all mortals and debt we must all pay, I am nonetheless consoled by the fact that Mrs Avwomakpa, a servant of God, lived a worthy and exemplary life.

“She was known to have impacted so many lives, especially in the church while she lived.

“On behalf of my family, the government and people of Delta, I condole with you, our father in the Lord, on the passing of your beloved wife, Victoria.

“It is indeed a painful loss but I urge you, the church and the entire family, to take solace in the fact that hers was a life of notable accomplishments and indelible footprints.

“It is our prayer that God will grant you and the family the fortitude to bear the great loss,” Okowa said.