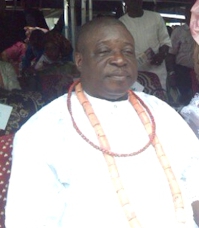 Former NDDC Commissioner who represented Delta State in the board, Chief Tom Amioku is dead.

The cause of his death is yet to be known as at press time but a source revealed that he has been suffering from a protracted illness for some months before his death.

One of his close relations, Hon. Julius Evwoja who confirmed the death, said the former commissioner for Works, Delta State died on Saturday afternoon.