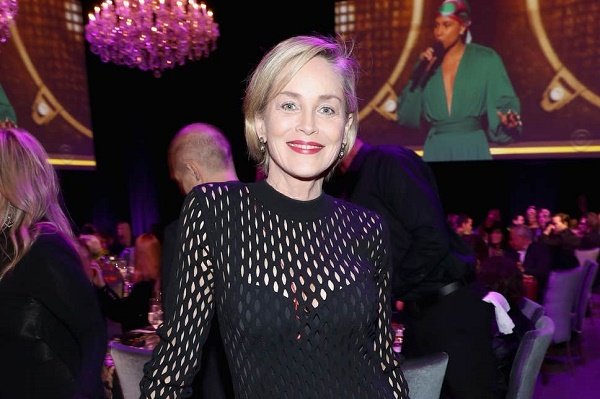 Sharon Stone, an American actress and movie producer noted that she was once struck by lightning in what appeared to be a frightening home accident.

The 68-year-old film star narrated how she survived the dreadful incident.

She said the lightning hit her as she was filling up her iron and she was “thrown across the kitchen” and knocked out.

“I got picked up and thrown across the kitchen, and I hit the refrigerator. I was like, “Whoa!.””

She also recalled how Dorothy, her mother, came to her rescue before she was rushed to the hospital.

“My mother was standing there, and my mother just belted me across the face and brought me to. I was in such an altered state, like just so, I don’t know how to describe it — so bright, like wow,” she said.

Stone said her mother “threw me in the car and drove me to the hospital”.

“And the electrocardiogram was showing such electricity in my body,” she added, explaining that she underwent EKG tests for a further 10 days.

The development further stretches the number of occasions the Oscar nominated performer has had a near-death experience.

“I’ve had a lot of things,” she said, while admitting to have survived numerous life-threatening scenes.

Sharon also recalled nearly severing her jugular vein as a teenager during one of such terrifying moments.

“I got caught in a clothesline and had my neck cut to a sixteenth of an inch from my jugular vein,” she said.

The mother of three had also suffered a major stroke in 2001, resulting to nine days of brain haemorrhaging.