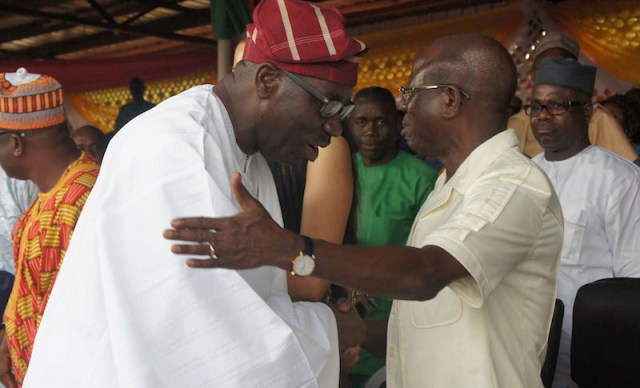 A chieftain of the Peoples’ Democratic Party (PDP), Chief Ebenezer Babatope, on Saturday said the All Progressives Congress (APC) was not fair to Gov. Godwin Obaseki by disqualifying him from participating in the party’s primary.

Babatope, a former Minister of Transportation, expressed the view in a telephone interview with the News Agency of Nigeria (NAN) in Lagos.

NAN reports the APC screening committee had on Friday announced the disqualification of Obaseki from the party’s governorship primary, scheduled for June 22.

Prof. Jonathan Ayuba, Chairman of the committee based the governor’s disqualification on issues with his Higher School and his National Youth Service Corps (NYSC) certificates.

Reacting, Babatope said, though he is not a member of APC, he viewed the disqualification by the ruling party as the humiliation of Obaseki.

He said the disqualification was punishment meted to the governor for doing nothing.

“You know I am not a member of the APC but I must say what the party has done to the governor is not fair.

“We should have gotten to a stage in this country where politicians look at issues dispassionately and not because they belong to a particular party,’’ Babatope said.

He said that even as a PDP member, he was saying that the way Obaseki was being treated was unjust and unfair.

“They are just punishing him for doing nothing really.

“The governor contested and won on your platform the first term, nothing was wrong.

“Are you just seeing all the issues with his certificates? Too bad.

“Personally, I am not happy with the way he is being treated because we are talking about fairness and justice here, and that does not mean I support him to win against my party, the PDP.’’

He said that APC should have given the governor the opportunity to defend himself, noting that his disqualification was unfair.

Babatope said he would be the happiest person if the embattled governor made the decision to join the PDP “owing to what he is going through in APC’’.

He said the PDP was a party for all and would welcome the governor anytime he decided to join the main opposition party.

Babatope said the results of the 2019 Presidential and National Assembly elections showed that Edo was for PDP.

He said the PDP would win the state governorship election in a landslide if the contest was fair.