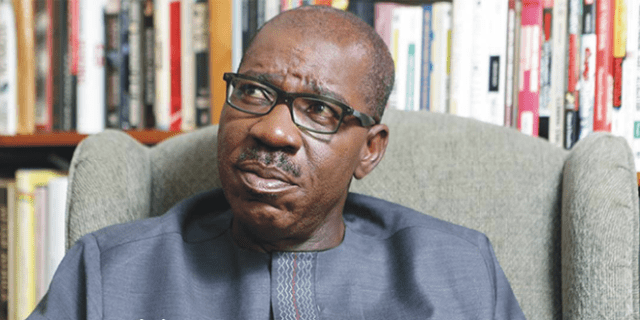 The Action Democratic Party (ADP) on Saturday expressed its willingness to welcome Edo Governor Mr Godwin Obaseki “with open arms’’ should the embattled governor decide to defect to the party.

The National Publicity Secretary of the ADP, Mr Adelaja Adeoye, made the announcement in an interview with the News Agency of Nigeria (NAN) in Lagos.

Adeoye was reacting to the disqualification of Obaseki by the Screening Committee of the APC, which barred the governor from participating in the party’s primaries, scheduled for June 22.

He said that the ADP was operating an open-door policy and that the party would gladly admit Obaseki and accord him every respect as a sitting governor.

The ADP chieftain said, however, that the governor would have to follow the party’s rules and abide by its principles should he decide to join the party to contest on its ticket.

“Yes, if Obaseki decides to join ADP today, the party will welcome him with open arms. The party runs an open-door policy. So we will gladly receive him.

“He is the sitting governor so we may give him some waivers and will accord him all the respect as the occupier of the number one office in the state.

“However, we will expect the governor to follow laid- down rules and abide by the principles of the party should he decide to join us to seek our ticket.

“We will also expect him to slug it out with governorship aspirants in the party to get the ticket. He will definitely enjoy some privileges as a sitting governor. We will accord him all the respect.”

Adeoye said the ADP had yet to conduct its governorship primaries and that the window of opportunity was there for Obaseki to join and seek the party’s ticket.

He said the party would adopt the indirect mode of primaries for its governorship tussle.

On his view on the disqualification of Obaseki by the APC, Adeoye said that what was playing out was a clear-power play in the ruling party.

He said the same Obaseki that was the bride of the party four years ago was being seen as not qualified for re- election by the APC.

“And, the aspirant they seem to favour was the same person they said destroyed the state some years ago.”

Adeoye said that the PDP and APC were over-rated in Edo, pointing out that ADP had a formidable structure and support, to win the governorship election.