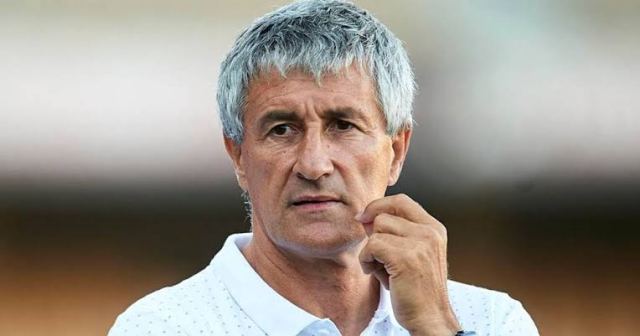 After a break of almost three months Barcelona are finally back in action today with a trip to relegation-threatened Real Mallorca.

It will be a bit different of course after such a long lay-off and with the game being played behind closed doors.

Striker Luis Suarez is expected to make a return after hid  season looked over when he had knee surgery in January, but the suspension of the season means he will now have a chance to play a part in the run-in.

The Uruguay international has been given the green light to return by Barca’s medical department, but Quique Setien has made it clear he’ll be careful with the 32-year-old.

The Barca boss said Suarez  won’t play all 90 minutes against Real Mallorca as he thinks it would be “reckless” to put him straight back in after such a long time out.

Barcelona will still be hoping Suarez can hit the ground running. For all the criticism he’s received this season he’s still scored 11 goals in 17 La Liga matches, only Lionel Messi and Karim Benzema have better records in La Liga this season.

Meanwhile, Lionel Messi’s absence from training last week caused a bit of concern but Barca have been keen to play his “minor” injury down ahead of the return of La Liga.