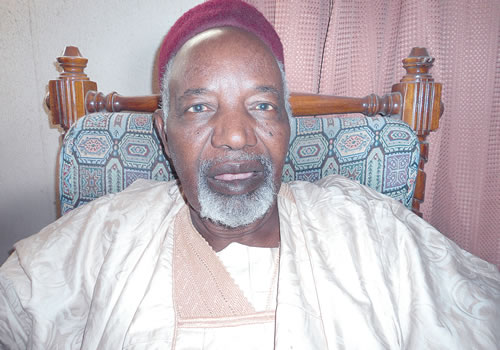 A former Governor of old Kaduna State, Alhaji Balarabe Musa, has asked President Muhammadu Buhari, to launch an investigation into the annulment of the 1993 presidential election and punish those responsible for the annulment, including Gen. Ibrahim Babangida.

He noted that it was not enough for Buhari to merely declare June 12 as Democracy Day.

The ex-governor said those who annulled the election considered as the freest and fairest poll ever in Nigeria’s history were responsible for the challenges the country is going through today.

Musa spoke on Friday at an event held in his Kaduna residence to mark this year’s Democracy Day.

He said it was better for Buhari to investigate and punish those who annulled the election in which the late business mogul, Chief Moshood Abiola, was the acclaimed winner.

He said, “President should complete the task he started by investigating the circumstances that led to t annulment of June 12, (fish out) those responsible for the annulment and punish them effectively so that it will not happen again.

“If President Muhammadu Buhari does not go further and do this, anybody can do the same thing like (Ibrahim) Babangida who annulled June 12 and got away with it. Up till now, he (Babangida) is getting away with it. We must make sure that does not happen.”

In his remarks, a National Executive Council member of the Nigeria Labour Congress, Isa Aremu, said the public apology tendered by Buhari to Nigerians and Abiola’s family over the annulment was a verbal punishment of those who annulled the election.

“We must democratise the public space and rescue the country from the total capture and dominance of few unaccountable self-serving ruling elite. We must eradicate poverty as envisioned by Abiola.