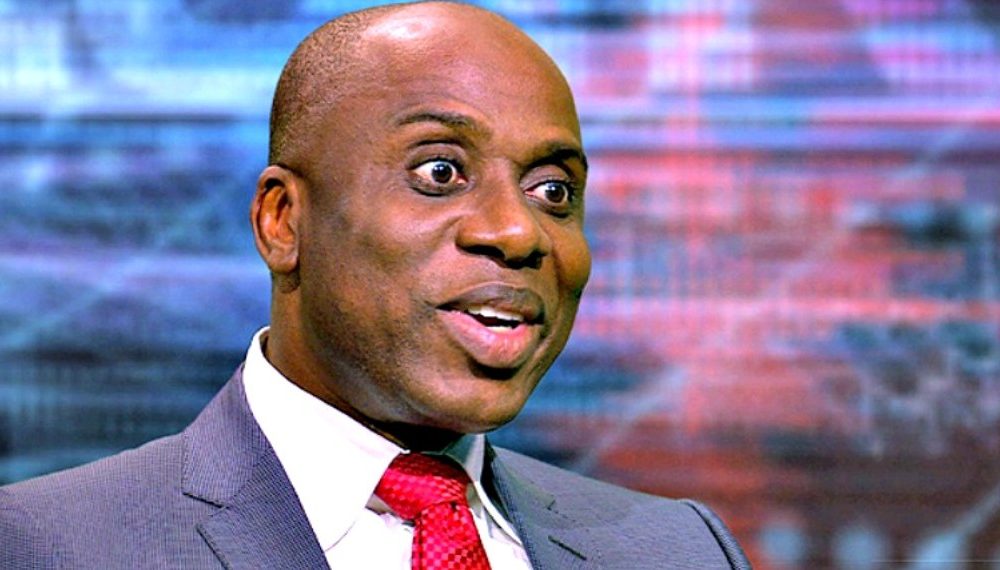 Minister of Transportation, Rotimi Amaechi has denied viral audio recordings credited to him as saying the President Muhammadu Buhari administration has been printing money since 2015 to run the government.

Reacting to the audio clip which has been trending on social media, Amaechi told members of the public on Tuesday to disregard the clip as fake.

It will be recalled that Naija News earlier published that in an interview with journalists prior to the 2019 general election, Amaechi was quoted to have said that they swore an oath never to publicly admit to Nigerians that the government was on a printing spree of the national currency.

“And most of you didn’t know at the time we took over, most Nigerians don’t even know because we have sworn to an oath not to tell anybody we were printing money,” Amaechi could be heard saying in the audio obtained by PeoplesGazette.

“Do you know when a country prints money? When it has no money at all,” he said. “We were just printing money to pay debt.”

But reacting in a statement through his media aide, Taiye Elebiyo-Edeni, Amaechi denied talking about the issue.

He said: “I have never head any financial institution in the country and therefore did not qualify as an authority in the issues that concerns printing of money into the economy.

“I advise Nigerians who wants information on printing of money to find out from the appropriate agency and not circulate false statement to gain cheap publicity.”

Meanwhile, the Governor of Kogi State, Yahaya Bello, on Tuesday said the All Progressives Congress has performed beyond the 16-years of governance by the Peoples Democratic Party.

Bello who stated this while speaking on Channels TV said the ruling party has delivered good governance to Nigerians.

The APC chieftain also addressed the issue of insecurity across the country, calling on Nigerians to work together to end security challenges in the country.

He further stated that the APC-led government is doing all in its power to end banditry in the nation.