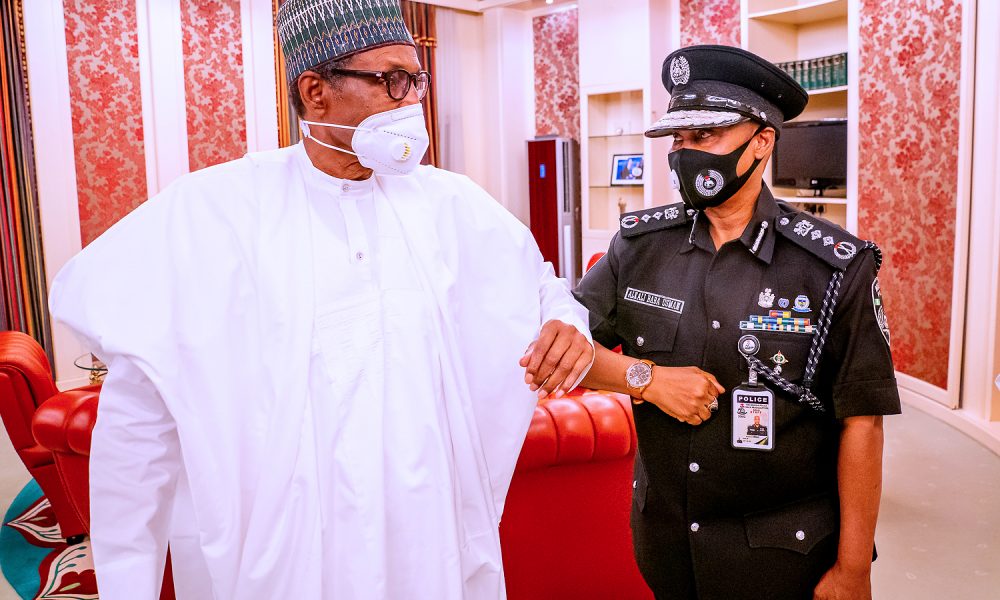 Nigeria’s acting Inspector-General of Police, Usman Alkali Baba has submitted that recent attacks on police operatives and formations across the country is an issue that needs urgent attention.

Baba also noted that he understands that he came into office at a very crucial time when internal security challenges are prevalent and Nigerians are yearning for a solution.

He made the submissions while speaking with journalists in Abuja at the end of his meeting with President Muhammadu Buhari at the Aso Rock Villa.

As earlier reported by Naija News, President Buhari on Monday met with the acting Inspector-General of Police, Usman Alkali Baba at the Aso Rock Villa in Abuja.

The meeting was the first between the President and the Police Chief since his appointment was announced on Tuesday, April 6, 2021 by the Minister of Police Affairs, Mohammad Dingyadi.

Speaking after he was introduced to the President, Baba noted that to boost the morale of the men and officers, the police needs improved logistics and better welfare packages.

The IGPdisclosed that he has briefed the President so as to get all necessary support.

He also condemned the recent spate of attacks on police operatives as well as their formations and stations.

“I have promised to do my best to change the narrative. In view of the renewed attacks on police formations, the order is for me to do my best, and see how we can go about solving the problem of internal security in this country,” he said.

“I have taken over the very crucial time. I am fully aware of the situation in the country, and I’m introducing what I feel will mitigate these security challenges. I’ve started implementing them, and I’m ready to come on board with the president so that we can get all the support that is necessary to go about it.

“While I’m trying to use what I have, I also need some improvement in both logistics, manpower, and equipment. As you are aware, the morale of many police officers has been seriously dampened now because of the rampant killings of officers. So, we need to do a kind of motivational work to ensure that we raise the morale of police, and this we have started, and I believe it’s going to yield a positive result.”

Meanwhile, the Nigerian Army on Monday disclosed that the troops of Operation Lafiya Dole on Sunday night inflicted heavy casualty on Boko Haram terrorists who attempted to invade Dikwa town in Borno State.

The development was confirmed by the Director, Army Public Relations, Brig.-Gen. Mohammed Yerima, in a statement released in Abuja.

Yerima in the statement noted that the military officers who were stationed at Dikwa and Gulumba Gana, supported by the Air Component, engaged the terrorists who mounted on 12 gun trucks in their numbers.