Award-winning Nigerian singer, Damini Ogulu, popularly known as Burna Boy, has given an hint about his forthcoming album scheduled to be released in August 2021.

The Grammy Award winner stated this while responding to a fan who asked “Are we having an album this year?

He, however, deleted the tweet, maybe it was too early to disclose the update. 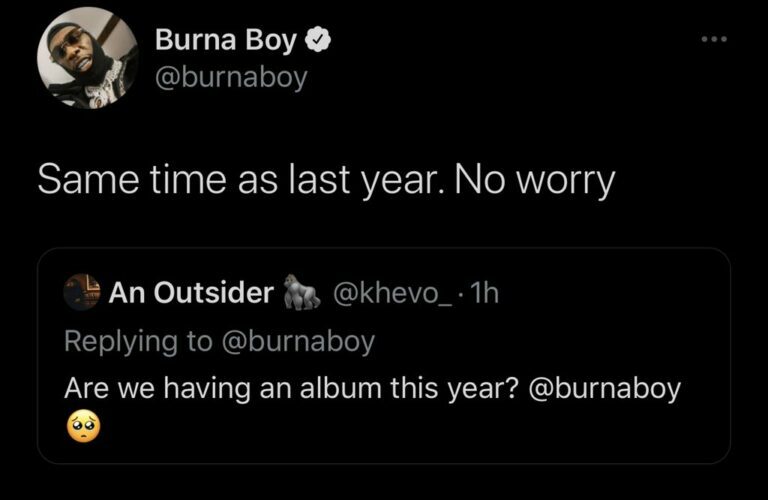 In another development, Nollywood actor and businessman Junior Pope Odonwodo have taken to social media to narrate an ugly incident that occurred in his home.

According to the father of three, via his Instagram revealed how his domestic help strangle his family dog after they went out. He added that she could have strangled his children had his wife not taken them along with her on their trip. Urging people to be wary and watchful of their household as non could be trusted with the rampant news on the havoc they cause at the houses they serve in .