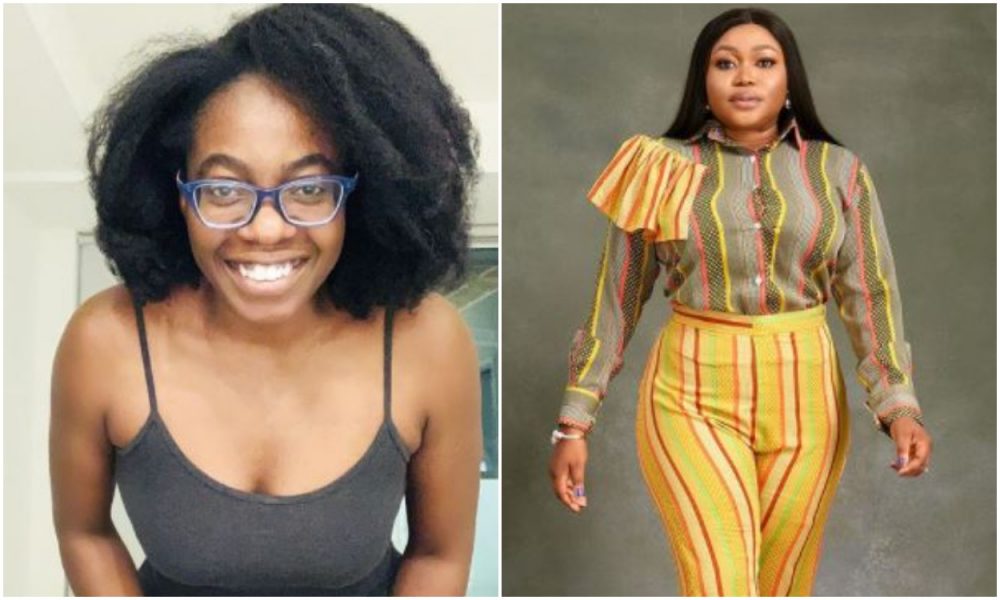 Naija News recalls that the filmmaker, Ruth Kadiri, called out the organizers, media mogul, Mo Abudu and Lagos state government, for snubbing her work at the Eko Films and TV awards.

The mother of one had taken to her official Instagram page to express her displeasure after the organizers did not find her worthy and deserving to win the award.

”I am a filmmaker. I am a woman. I am a hard-working woman. I have faced the struggles every woman/filmmaker has faced/ Did my name at any point pop up, yes, but because I do not belong to a click. Yet again, I have been overlooked. I will not be pressured. I will keep working hard. @lagosstategovt @moabudu @ijayonah @nifsummit; thanks for overlooking me and congrats to everyone who got recognized. 🎤 the film industry is controlled by women, so if you’re going to do it, do it right or don’t do it at all” She wrote

Reacting to this statement, Media personality, Shade Ladipo via her instastories wrote;

”For the actress, i think it was Ruth Kadiri because (there are so many actresses now) who didn’t get recognised this year. Remember that last year there was no platform like this to even be recognized, so instead of being bitter, be better, now there is a platform and maybe next year will be your year or maybe not”

The award was organized by the Lagos State Ministry of Tourism, Arts & Culture, in partnership with EbonyLife Place and Nigerian International Film Summit (NIFS), to recognized women in films, rewarding talented filmmakers and actresses. Toyin Abraham, Ini Edo, Omotola Jalade, Sola Sobowale, Kate Henshaw, Omoni Oboli and a number of celebrities were honoured with the prestigious award which held on the 13th of April, 2021.