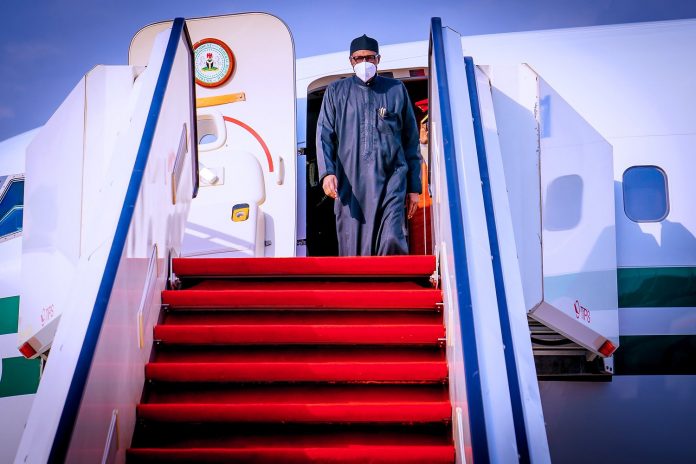 NewsOnline Nigeria reports that President Muhammadu Buhari has arrived in the country via the Nnamdi Azikiwe international airport from the United Kingdom where he went on medical vacation for two weeks.

This online news platform understands that the presidency had explained before his departure, that Buhari’s travel to the UK was not on an emergency case and that the Nigerian leader was not sick, dousing insinuations from critics who raised the alarm that the 78-year-old was not feeling well.

“It is a routine medical check-up; the President has undertaken this with a set of doctors that he has retained over many years,” said Garba Shehu, Senior Special Assistant to the President on Media and Publicity.

He also explained that Buhari did not transmit power to Vice President Yemi Osinbajo, noting that the President will not be away for so long to contravene the law.

“The requirement of the law is that the President is going to be absent in the country for 21 days and more, then that transmission is warranted. In this particular instance, it is not warranted,” the presidential aide said when he featured as a guest on Channels Television’s Politics Today.

President Buhari’s departure was also widely criticised by the opposition Peoples Democratic Party (PDP) which described the move as an indictment of his government.

“It is indeed worrisome that under President Buhari, even the hitherto highly rated State House Clinic, has become so moribund that it cannot provide a simple medical checkup service for Mr. President,” the PDP noted.