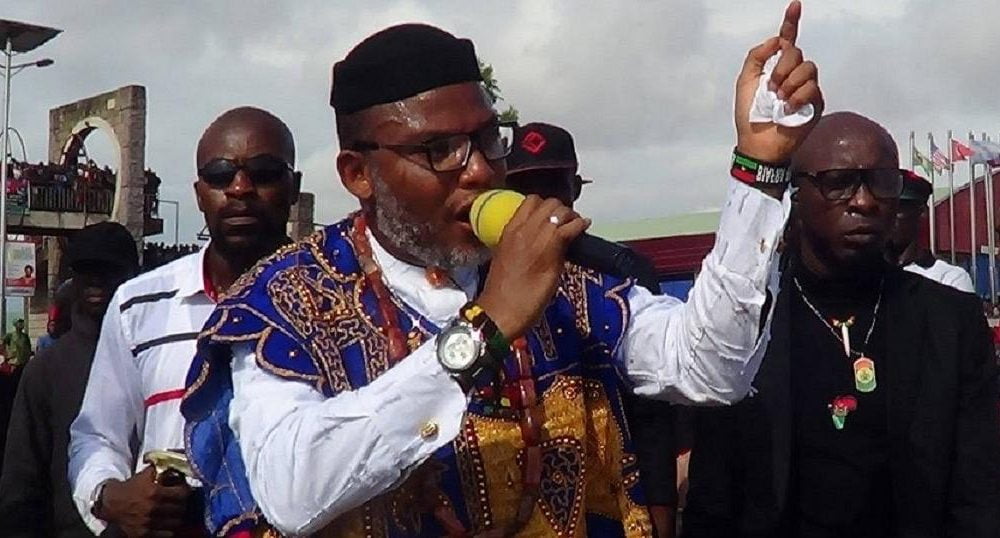 Naija News reports that the Governors of the region on Sunday launched the security outfit meant to support the existing security agencies in combatting crimes in the region.

But in a tweet via his Twitter handle on Thursday, Kanu pleaded with Igbo youths to ignore the security team formed by the South East governors.

He, however, asked the youths to join the Eastern Security Network (ESN), the security arm of IPOB, noting that IPOB and ESN enough to secure the region.

Kanu wrote, “Dear Biafran Youths: Never allow anybody, Governor or whoever, to recruit you to fight your fellow #Biafran in the name of EBUBEAGU.

“The ongoing WAR in our land is not driven by Biafrans but by Fulanis. And ESN is on ground to stop them. If you desire to secure our land, join #ESN”.

Meanwhile, the Nigerian Army has denied the report that Boko Haram terrorists have taken over Damasak town, Borno State.

This is coming after residents of the community claimed that the terrorists have attacked the town six times in a week.

There were claims that thousands have fled their home for Niger Republic.

The army noted that Boko Haram attacked the town but described it as a “cowardly” attack.

It said the attackers were “effectively repelled”.

It posted a video on social media showing the commander of the 5 Brigade, Brig-Gen SS Tilawan, walking the streets.