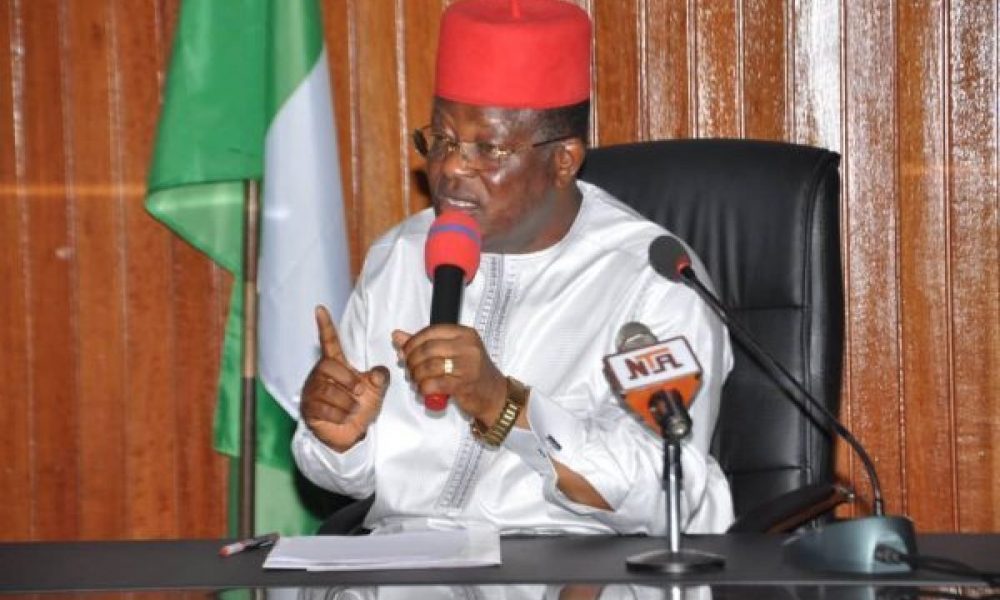 The Ebonyi State Governor, Dave Umahi on Wednesday declared that members of the Indigenous People of Biafra (IPOB) are not responsible for the attacks in the southeast.

According to the Governor, bandits are the ones masquerading as members of IPOB’s Eastern Security Network (ESN) to attack the southeast region.

Naija News recalls the region has come under several attacks by gunmen in recent times including attacks on police stations, and other security formations with the attackers burning cars and other public properties in the process.

Some sections of the public have blamed IPOB for the attack. Most notably, Imo State Governor, Hope Uzodinma and the immediate past Inspector-General of Police, Mohammed Adamu claimed IPOB and the ESN were responsible for the attacks.

But Umahi on Wednesday disagreed with their submissions, noting that bandits were responsible for the attacks.

In his words, “Of late, we have bandits that are doing a lot of evil and say that they are Eastern Security Network. They commit a lot of crimes and say that they are IPOB and later IPOB will say they have no hand in it. This is what is going on. We will not allow illegality to thrive in our land. Conflict will not resolve conflict.”

He however noted that the Governors of the southeast won’t just sit down and watch the security situation continue to deteriorate.

“Ebubeagu is to protect the lives of everyone in the South-East,” the governor noted.

Umahi also warned people to stop playing politics with the security situation in Nigeria, warning that such actions would have dire consequences.

“The truth remains that the country is going into extreme politics, it is easier to make money in politics, blackmail people and so, we have departed from the culture of hard work,” he said.

Meanwhile, the Minister of State for Labour and Employment, Festus Keyamo, on Wednesday, condemned those who are influenced by other people’s opinions on social media.

Keyamo who took to his Twitter account noted that some people have commercialized their opinions and positioned themselves as characters with a plan to provide a moral compass for the country.