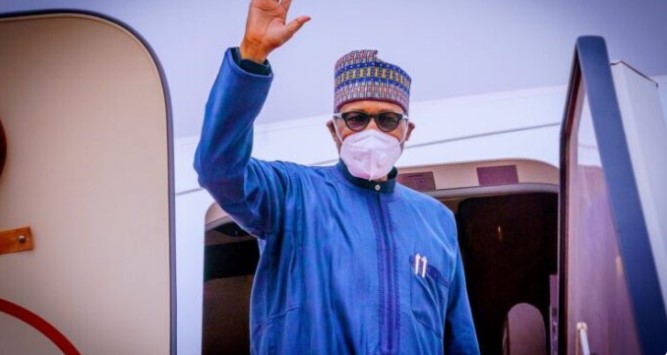 Lai Mohammed has played down on question seeking Buhari’s return date from the London Medical trip.

NewsOnline Nigeria reports that the minister of information and culture, Lai Mohammed on Wednesday failed to disclose the exact date President Muhammadu Buhari would return to Nigeria.

This online news platform understands that President Buhari has been in the United Kingdom for two weeks for his “routine medical check-up”.

When he travelled on March 30, the presidency had said he will return during the second week of April 2021.

However, as the second week of April winds down, Mohammed said the timeframe extends to Saturday.

Breaking: Attorney-General of the Federation Slumps

While addressing state house correspondents on Wednesday, the minister also said there is “no big issue” yet regarding Buhari’s expected return.

Asked about the president’s return, he responded: “Today is Wednesday, this week finishes on Saturday. So, what’s the big issue in that one?”

Buhari had said he was taking a “short rest” in London in a letter to Abdullah ll Bin Al-Hussein, the king of the Hashemite kingdom of Jordan.