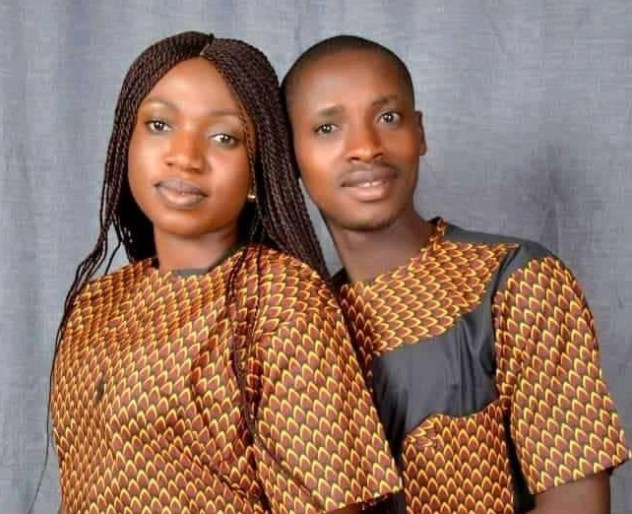 A young Nigerian man was murdered in cold blood by armed bandits, exactly five days to his wedding in Kaduna state. 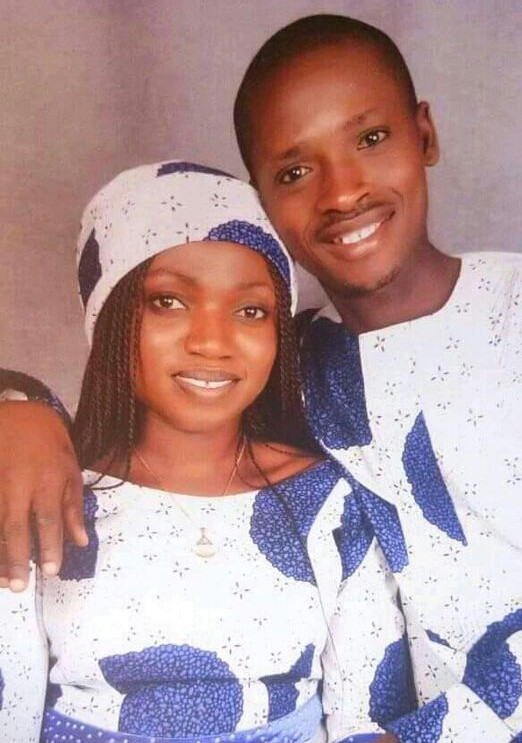 The groom-to-be identified as Francis Jonathan Ayuba, was set to tie the knot with his his fiancée on Saturday, April 17, 2021, before he met his death. 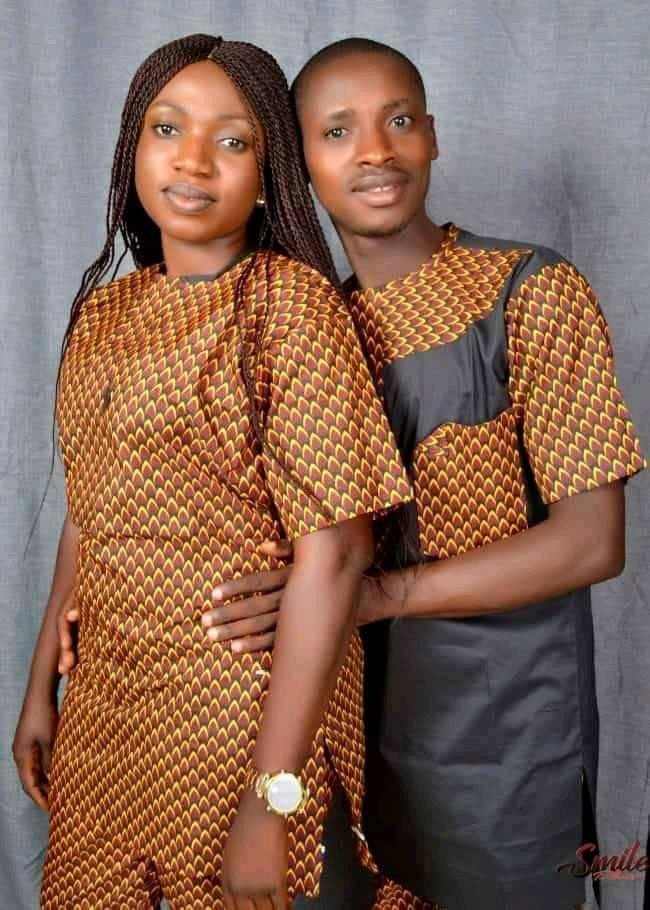 It was gathered that Francis was killed when bandits attacked Wawan Rafi II village, in Zangon Kataf Local Government Area of Kaduna State in the early hours of Monday, April 12.

The State Commissioner for Internal Security and Home Affairs, Samuel Aruwan, who confirmed the attack, said three other persons persons including a toddler, Florence Dennis, Joshua Dauda and his 7-year-old son Philip Dauda, were also killed in the attack.

He also disclosed that seven houses, one car and one motorcycle were burnt in the attack.

“Security patrols mobilized to the area, repelled the assailants, who retreated into the forests adjoining the location. The troops recovered eight empty cases of 7.62mm ammunition at the scene of the attack.” He said.

A friend of the deceased, identified as Mc Cm on Facebook, revealed Francis spoke to him recently about his wedding.

“You talked to me about your wedding on the 17 04 2021(this Saturday)and I told you I was booked already…5 days to your wedding Fulani attacked your village wawan Rafi and you are no more…Hmmmmmm Rayuwa. Francis Jonathan, may God rest your soul..Amen. My condolences to your wife to be and your family.”

Another Facebook user, Paul Dogo, described the deceased as a gentle and calm young man.

“WE LOST A FRIEND, A BROTHER, A COLLEAGUE IN KEKE BUSINESS, GENTLE, CALM YOUNG MAN AND 3 OTHERS, WHEN FULANI BANDITS ATTACKED WAWAN RAFI VILLAGE IN ZANGO KATAF LGA, EARLY HOURS OF MONDAY. THIS IS 5 DAYS TO HIS WEDDING. WE ARE HURT TO OUR BONE MARROWS. MAY THEIR SOULS REST IN PEACE AND MAY GOD PROTECT US AGAINST THE EVIL THAT HAS BEDEVILED OUR COUNTRY”, he wrote. 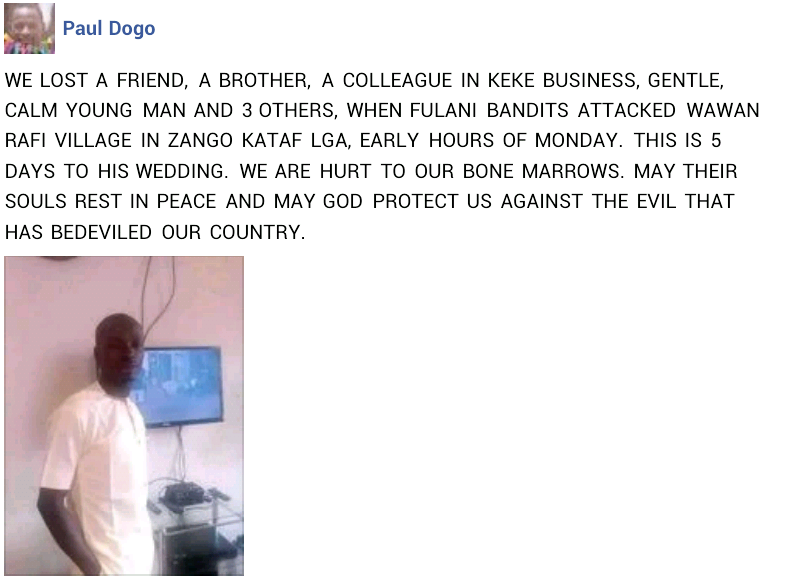 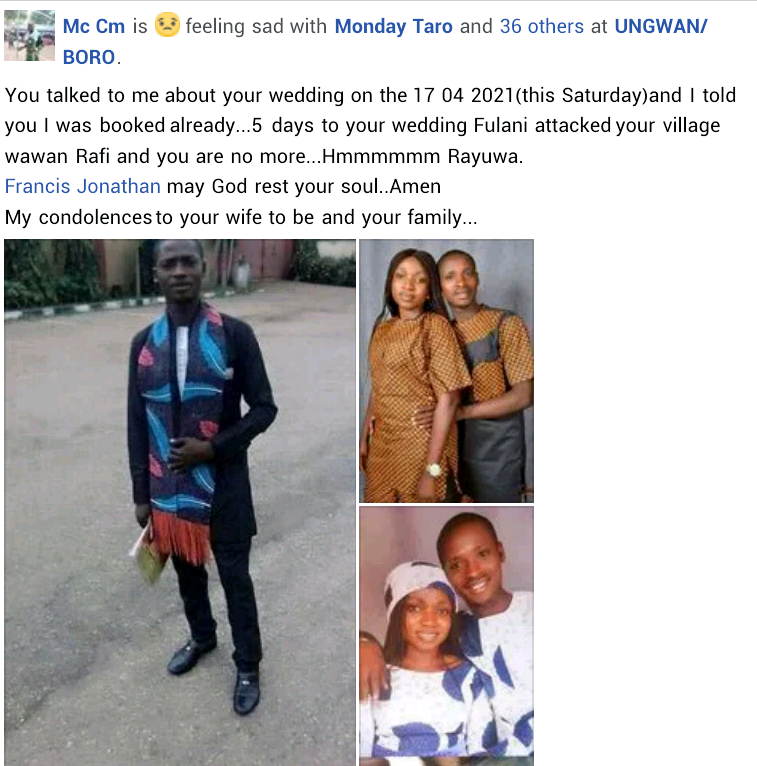