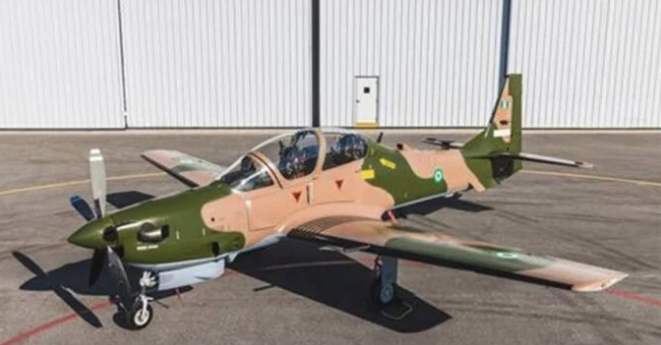 Naija News reports that the Federal Government had ordered some fighter jets for the air force to use in its fight against Boko Haram insurgency and banditry.

But in a tweet via his Twitter handle on Tuesday, presidential spokesman, Garba Shehu, shared a video of the test flight of the aircraft.

Shehu noted that six of the 12 aircraft will arrive in mid-June, adding that the remaining six would arrive shortly after.

Recall that the Vice-President of tactical aircraft systems and programs for SNC, Edd Topp, had said 14 Nigerian pilots are currently training in Georgia ahead of the delivery.

The jets are being produced by Embraer Defense & Security and Sierra Nevada Corporation (SNC).

He had said: “The aircraft met or exceeded all the requirements and we are very pleased with the successful flight.”

He added that “SNC and our partner, Embraer, are certain the Nigerian Air Force will be pleased with these aircraft.”

According to the manufacturers, the aircraft is the most reliable and cost-effective solution for basic and advanced flight and combat training, close air support operations, intelligence, surveillance, and reconnaissance (ISR), armed over-watch, counter-insurgency and irregular warfare scenarios.