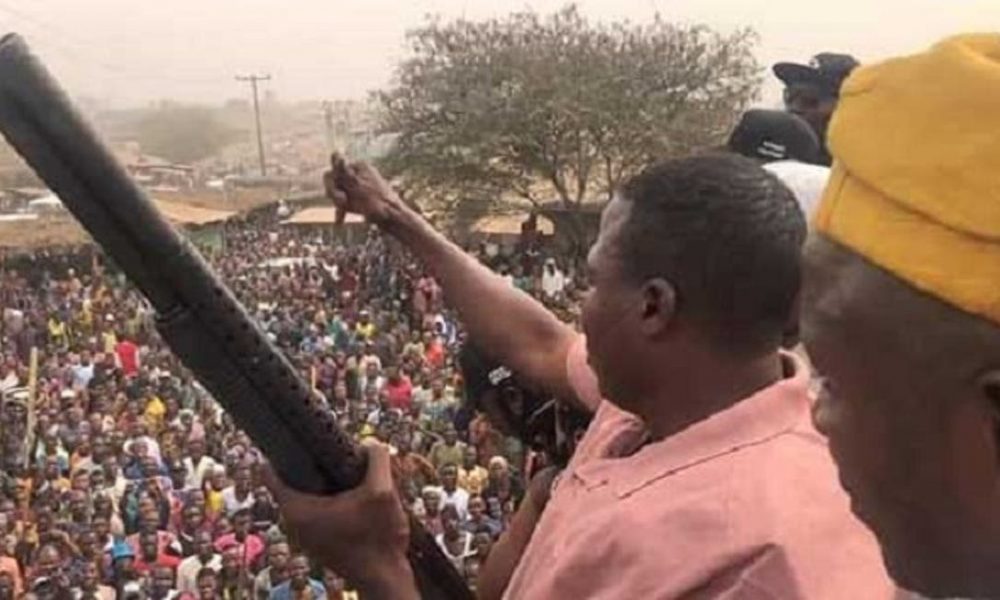 Naija News reports that Adetunji, a complainant, provided some documents to reporters, which he said are evidence of his allegations against Ighoho.

In a statement to newsmen, Adetunji accused the Oyo State Police Command of allegedly shielding him (Igboho) from arrest and prosecution.

According to him, the recent police invitation to Sunday Igboho was meant to question him over his involvement in alleged criminal acts, not because of his agitation for the Yoruba nation.

He said: “We have used every means to get Ighoho arrested over illegal acquisition of a landed property at Idi-Mango village road, Soka area, on Lagos/Ibadan expressway, in Ibadan, but his strong connection with the police in Oyo State is frustrating efforts to get him arrested.

“However, after many failed attempts to arrest lghoho in Ibadan, we sought assistance of the police from the police headquarters in Abuja and they contacted Alagbon Police Station in Lagos to intervene.

“This has led to the prompt arrest of some of Ighoho’s boys and lawyer, but Igboho has been hiding under activism for the emancipation of the Yoruba race as an independent nation right to shield himself from lawful police invitation and prosecution.”

Recall that Igboho’s spokesperson, Olayomi Kioki had revealed that the Inspector General of Police sent a letter to Igboho for an invitation, which he refused to collect, alleging that it might be a letter bomb.

Kioki claimed that the Yoruba ‘activist’ has become a target of the state because of his involvement in a secession agenda.