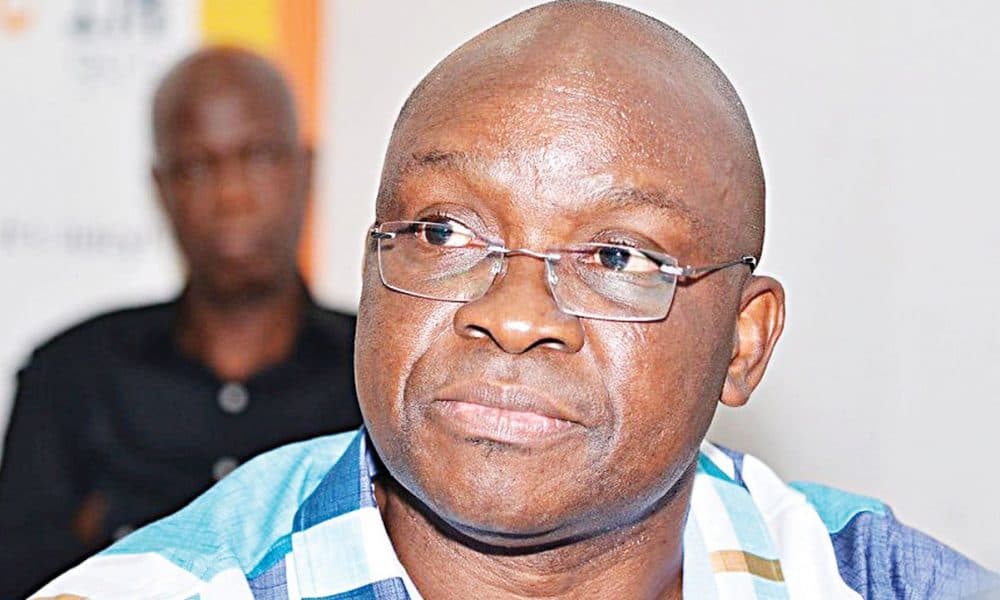 He was declared the winner on Monday evening by the chairman of the Congress and Benue Deputy Governor, Benson Abounu.

Arapaja defeated Dr Eddy Olafeso in the hotly contested seat which is believed in political quarters to be a battle of supremacy on who controls the PDP party structure in the region.

While Arapaja is believed to have the blessing of Oyo Governor Seyi Makinde, Olafeso is understood to be the candidate of Fayose.

Reacting to the election on Twitter on Monday night, Fayose said he and others chose to overlook over-voting at the congress because of the interest of the party.

The former governor congratulated Arapaja on his emergence as the Southwest Zonal Chairman of the PDP.

“Like I said in my speech at the beginning of the congress that we should win together and we have indeed won together,” he wrote.

“Whatever may be our reservations on the issue of over-voting, we have chosen to look at the larger picture, which is the PDP.

“We must therefore use our energy and resources to rebuild the party.”

Fayose added: “Arapaja’s 343 and Olafeso’s 330 votes, has simply shown strength on the two sides, this should be explored by the party, going forward.

“I thank the National Working Committee (NWC) for helping to bring this congress behind us.”