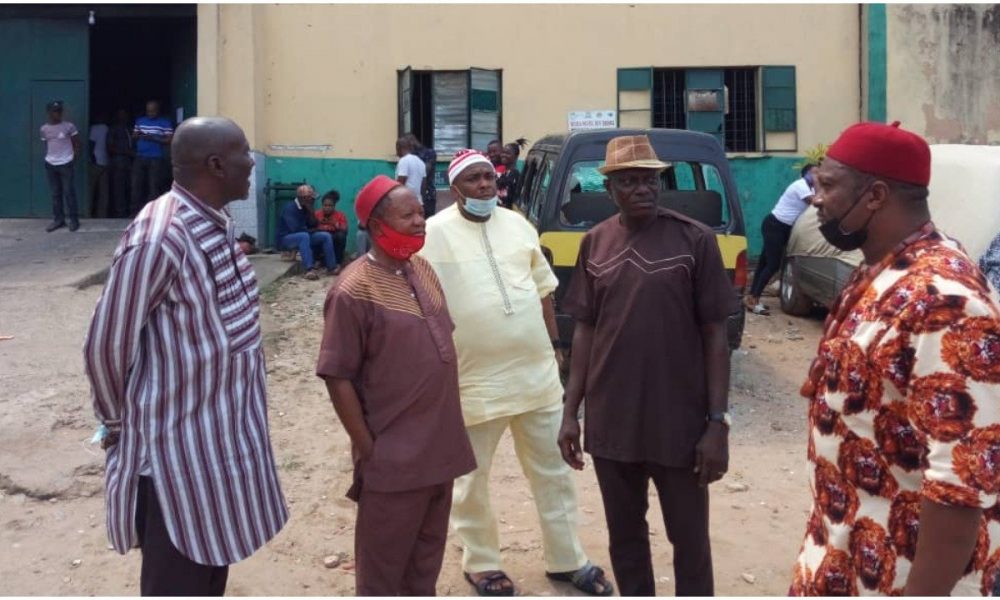 The Chidi Ibeh-led Ohanaeze Ndigbo has paid a sympathy visit to the Imo State Correctional Service Centre after its recent attack by gunmen.

Naija News reports that the President-General, Ibeh, was accompanied to the correctional centre by the Secretary-General of the group, Mazi Okechukwu Isiguzoro, among others.

Speaking during the visit, Ibeh said “we have come and we met with the Deputy Comptroller, and he has been able to explain to us what happened, how the unidentified hoodlums came and gained access into the facility.

“But one thing we must do, is to thank God that we didn’t lose the life of any of the staff here, even the inmates we did not lose anyone. It is the handwork of God.

“We are here to ascertain the extent of damage and it is unfortunate that this building was touched very badly. I’m appealled to the Federal Government to upgrade this place from medium to maximum status, so that other facilities could be brought in to forestall future incidents like this.”

He also called for the immediate relocation of the Correctional Service center to a new location.

Gunmen on Monday attacked the Owerri Correctional Centre and freed over 1,800 inmates. The attackers also razed the Imo State Police Command headquarters in Owerri and burnt all the vehicles parked at the command headquarters.