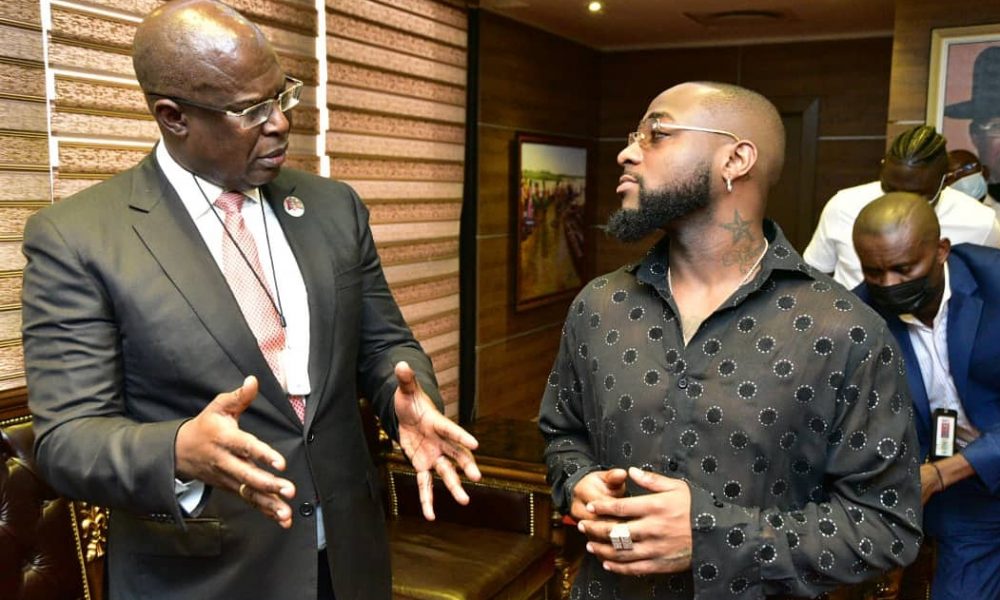 The Minister shared images of the two of them on his Twitter page on Tuesday.

It was gathered by Naija News that Sylva during the meeting, assured the singer of the commitment of President Muhammadu Buhari to addressing all issues raised by #EndSARS protesters.

They also discussed issues about art, politics, youth empowerment, and the unity of Nigeria.

The Minister who described Davido as a “great mind, great character and great artist,” noted that Nigeria is blessed with a lot of raw talents that need to be harnessed to make the country a better place.

Further reports on the meeting between the duo quoted Sylva as saying in a statement by his spokesman, Julius Bokoru, that the president “is on a fair and right trajectory in addressing concerns raised by the #EndSARS protesters.”

He added that “Your generation is a smart one but it must proffer solutions too. If we all blame ourselves then we are farther and farther from any real solution. We must all harmonize, brainstorm, and come up with creative ideas to improve life in our country.”

On his part, Davido commended the minister for the gas initiative project, especially the National Gas Expansion Programme (NGEP) and the Autogas schemes designed to lessen dependence on petrol.

Meanwhile, some Nigerians like Burna Boy, Davido, Wizkid, Omotola Jalade Ekeinde, Funke Akindele-Bello, Chimamanda Ngozi Adichie and many others were featured on the Forbes ‘100 Innovations, Inventions & Icons From Africa’.

The Director-General of the World Trade Organization, Ngozi Okonji-Iweala, Genevieve Nnaji, also made the list.

Forbes noted that the list was compiled from Hollywood actors and Grammy artists to award-winning ideas that can save the world.

It also said the list is a way of “celebrating these very ideas, inventions, and influential role models that have spelt Africa’s growth over the last decade”.