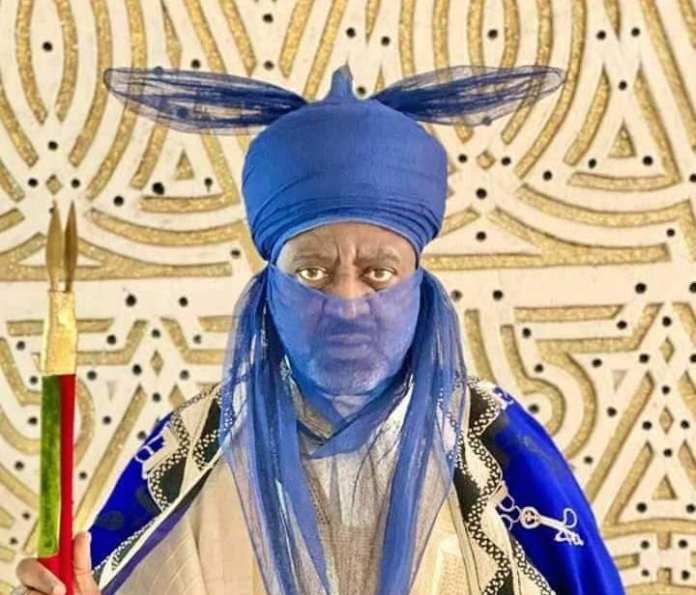 The Kano State Public Complaints and Anti-Corruption Commission is investigating the Emir of Kano, Aminu Ado Bayero, for allegedly selling lands belonging to the Emirate.

Naija News learned that the anti-graft agency is probing the monarch alongside the Emirate Council for allegedly diverting N1.3m made from the sale of 22 hectares of land.

It was gathered that the land in question is located in Gandun Sarki, located at Dorayi Karama, in Gwale Local Government Area of the state.

Recall that the commission had investigated Bayero’s predecessor, Muhammadu Sanusi II, over a similar issue, but the monarch was later removed by the state government for alleged “insubordination”.

Confirming the probe, the chairman of the commission, Muhuyi Magaji, said the commission was investigating the Emir and the Emirate Council over the alleged land scam.

Magaji added that the approval granted by the state government on the lands was for sites and services and not for outright sale.

He said: “Surprisingly the money was not even paid into the Emirate Council account but converted into dollars and the variation of the sales price of 14 hectares lower than that of the 8 hectares in the same location and others.”

Recall that the Ado Bayero Royal City Trust Fund (ABRCTF) had in October 2020 written to the state government seeking approval to carry out site and services on the land so as to forestall continued encroachment by individuals.

The Trust Fund, it was gathered, was also disturbed by the unauthorized dumping of refuse even as it was worried that the Royal House may lose the entire land to encroachers.

Findings revealed that approval was granted to the Trust Fund which decided to develop the land by building a residential layout.

The proposed development was to also consist of a recreation centre, refuse and dumping site as well as an arena for annual festivities of Hawan Dorayi to serve as horse tethering to conveniently accommodate 3,000 horses, among others.

The state government, through the state Bureau for Land Management, wrote to the Secretary Kano Emirate Council in December 2020 notifying the Trust Fund of the governor’s approval to proceed with the joint venture development on a site and services basis.

However, the State Public Complaints and Anti-corruption Commission discovered that one part of the land was sold to one Yusuf Shuaibu Aliyu who bought 8 hectares at N575m and another 14 Hectares belonging to the Emirate council at N200m.

It was gathered that the N200m was not even paid into the Emirate Council account but was allegedly collected by one Alhaji Kabiru Sarki Waziri and converted into US dollars.

Meanwhile, a March 31, 2021, court order had restrained the head of Kano Anti-graft Agency, Muhuyi Magaji Rimin Gado; Kano commissioner of Police and AIG in charge of zone 1 from demolishing structures erected on the land and from further interfering by any means whatsoever.

The order was sequel to a matter instituted by one Yusuf Shuaibu Aliyu, who was said to have purchased the said land.

The presiding Judge of the Kano State High Court sitting at Miller road, Justice Usman Mallam Na’abba in the interim injunction ordered that the 2nd and 3rd respondents in the suit or their agents should not harass the applicant or interfere as the land is already a subject of litigation.

The Court also reviewed its earlier order on April 1st, 2021, when Justice Usman Mallam Na’abba upon hearing a motion ex -parte together with an 11 paragraph affidavit and a written address deposed by one Inspector Mohammed Nuhu, ordered parties to maintain status quo pending the hearing of the motion on notice which was fixed for April, 12th 2021.