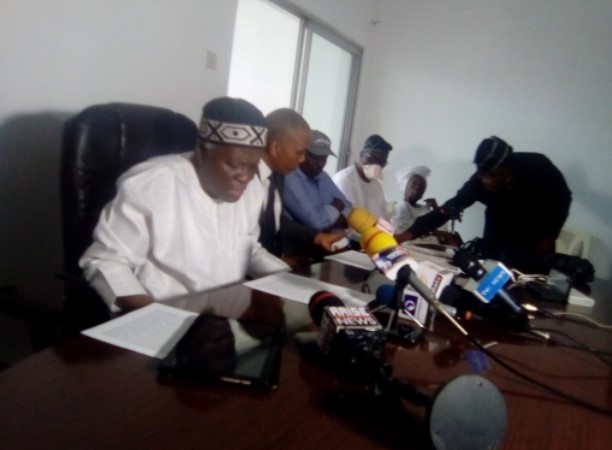 NewsOnline Nigeria reports that some leaders of the Yoruba ethnic group have urged President Muhammadu Buhari and the Independent National Electoral Commission (INEC) to with immediate effect, suspend the forthcoming 2023 general elections.

Those who addressed a press conference in Ibadan, the Oyo State capital Wednesday evening also called for the suspension of the 1999 constitution.

The spokesman of the group under the auspices of the Nigerian Indigenous Nationalities Alliance for Self-Determination, (NINAS), Professor Banji Akintoye, noted that the call was necessary because Nigeria cannot progress under the current political structure.

Akintoye noted that the 1999 constitution was the cause of major problems the country was currently facing.

He said that the group was giving the federal government another 30 day ultimatum after the expiration of the 90-Day Notice of Grave Constitutional Grievances issued by NINAS to the Federal Government of Nigeria on December 16, 2020.

Akintoye, who addressed journalists on behalf of the group, insisted that the 1999 constitution was no doubt a collateral damage to the people of Nigeria, hence, the need for its suspension and suspension of future elections.

He also warned international money lenders not to lend Nigeria any money because Nigeria was now a disputed project.

Akintoye said, “A formal announcement by the Federal Government of Nigeria acknowledging the Constitutional Grievances and Sovereignty Dispute now declared by the peoples of South and Middle-Belt of Nigeria.

“A Formal Announcement by the Federal Government of Nigeria suspending further General Elections under the Disputed 1999 Constitution since winners of such Elections will Swear to, and Govern by that Constitution.

“A Formal Initiation of a Time-Bound Transitioning Process to midwife the emergence of Fresh Constitutional Protocols by a Two-Stage Process in which the Constituent Regional Blocs will at the first stage, Distill and Ratify their various Constitutions by Referendums and Plebiscites and in the second stage, Negotiate the Terms of Federating afresh as may be dictated by the outcomes of Referendum and Plebiscites.

“Let it be known to all, including International Money Lenders, that Nigeria is now a Disputed Project and that while the Constituent Components commit to honouring existing International Debt Obligations.