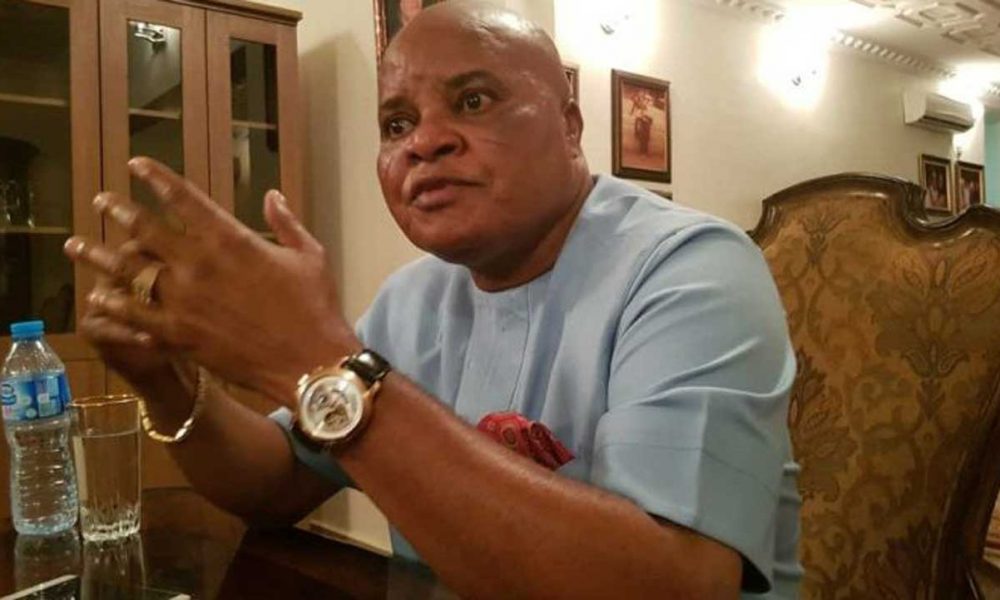 After the Imo North Senatorial By-election held on Dec. 5, 2020, Ararume has been declared as the valid candidate of the All Progressives Congress (APC).

Justice Taiwo Taiwo, in a judgment, said Ararume remained the winner of the election going by the earlier judgments of the court.

According to him, with regard to the Appeal Court judgment in Abuja, the 3rd defendant, Chukwuma Ibezim remained disqualified.

Therefore, Justice Taiwo declared Ararume as the APC valid candidate in the poll.

Earlier, the judge in a ruling, dismissed Ibezim’s application seeking a stay of the judgment, pending the hearing and determination of the suit before the Supreme Court.

He described the application as “an attempt to arrest the judgment,” dismissed it for lacking in merit.

Ibezim and Araraume had fielded themselves as APC candidates prior to the election.

Although INEC had declared APC winner of the Dec. 5 Senatorial bye-election, the commission did not return a candidate from the party.

INEC hinged its decision on what it described as “several court orders” for and against the two major contenders.

Two court judgments had surfaced on Dec. 4, 2020; one from the Court of Appeal, Owerri, and another from the Federal High Court, Abuja.

Court of Appeal faulted the judgment of the Federal High Court, Owerri, which had nullified the candidacy of Ibezim and declared him a candidate while sacking Araraume barely 24 hours to the election.

However, the Federal High Court, Abuja, had on the other hand declared Araraume as the candidate of the party, on the grounds that Ibezim presented fake certificates to the APC and INEC.

But Araraume, through his counsel, Ahmed Raji, SAN, said he had also filed an application at the Supreme Court, praying that the execution of the Appeal Court judgement has stayed.

As such, the former lawmaker approached Justice Taiwo’s court for an order compelling INEC to issue him the certificate of return as the winner of the poll.

Although the judgment would have been delivered on March 16 by Justice Taiwo, Ibezim, through his lawyer, M.O. Daudu, in an application for a stay of judgment, informed the court that the suit was pending before the apex court for hearing and determination.

But Counsel to Ararume, Tunde Falola, said the suit at the Supreme Court had been withdrawn through a notice of withdrawal and copies served on all the defendants.

No Biafra Without Us, Nnamdi Kanu – IPOB Replies Asari Dokubo