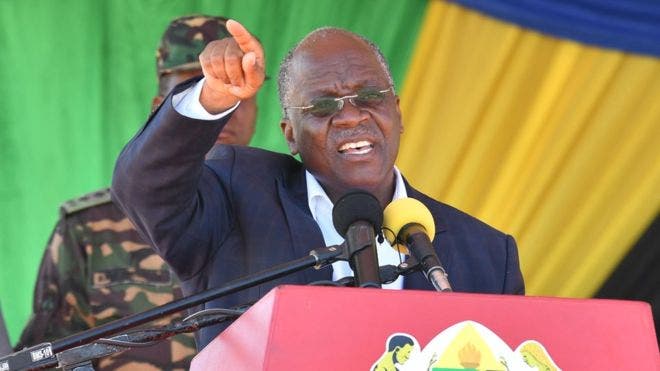 NewsOnline Nigeria reports that Tanzanian President, John Magufuli, has died from a heart condition, his vice president said in an address on state television Wednesday, after days of uncertainty over his health and whereabouts.

“It is with deep regret that I inform you that today on the 17th of March, 2021 at 6 pm we lost our brave leader, the President of the Republic of Tanzania, John Pombe Magufuli,” said vice-president Samia Suluhu Hassan.