A faction of Boko Haram, Islamic West Africa Province, ISWAP have taken over a military base in Damasak town, Mobbar Local Government Area of Borno State.

According to SaharaReporters, sources that spoke with the news platform disclosed that the terrorists attacked the community, shooting in all directions before ramming a pick-up truck loaded with explosives into the military base.

A resident who spoke on the incident noted that the terrorists attacked in different groups and could not be counted.

He added that some Nigerian soldiers were killed while others fled into the bush.

“They came, hundreds of them, with guns, trucks, and grenades and started firing from different directions. The soldiers ran away and left us on our own. They didn’t shoot at them (insurgents) at all. Though some soldiers were killed I can’t say how many.”

It was gathered that the insurgents also burnt a Nigerian army tanker and some buildings in the military base.‬ 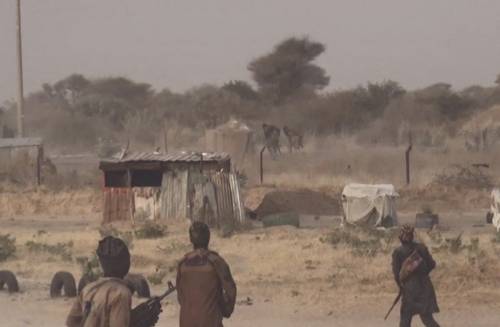 How APC Presidential Candidate Will Emerge In 2023