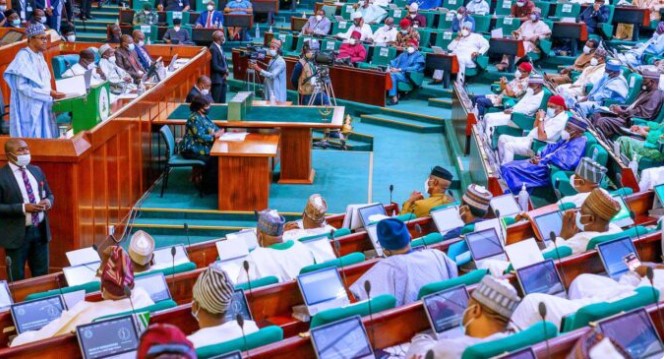 NewsOnline Nigeria reports that a bill seeking to empower the national assembly to summon the president has passed the second reading at the house of representatives.

This online news platform understands that the constitutional amendment bill sponsored by Sergius Ogun from Edo state seeks to compel the president to appear before the lawmakers and answer questions on issues of national security and related matters.

It also empowers state houses of assembly to summon governors under the same circumstances.

Although it did not explicitly state the penalty for disobeying such summon, Ogun told TheCable it could be an impeachable offence.

“The penalty is not explicitly stated but that could be the case,” he said.

“When something like this is constitutional, if there is an infraction, it becomes impeachable.”

The bill comes amid the usual controversies over the power of the national assembly to summon the president.

In December 2020, President Muhammadu Buhari shunned a summon by the house after Abubakar Malami, attorney-general of the federation (AGF), said the national assembly does not have the power to summon the president.

At plenary, Ogun, who is a Peoples Democratic Party (PDP) lawmaker, said no provision of the 1999 constitution gives the legislative arm the power to summon either the president or governors on any issue.

“You will recall what happened in January when the House summoned President Muhammadu Buhari but he failed to honour the invitation,” he said.

He said it will ensure that presidents and governors are held accountable on issues of national security, and that it will also uphold the doctrine of separation of power.

I Am So Grateful For The Outpouring Of Support