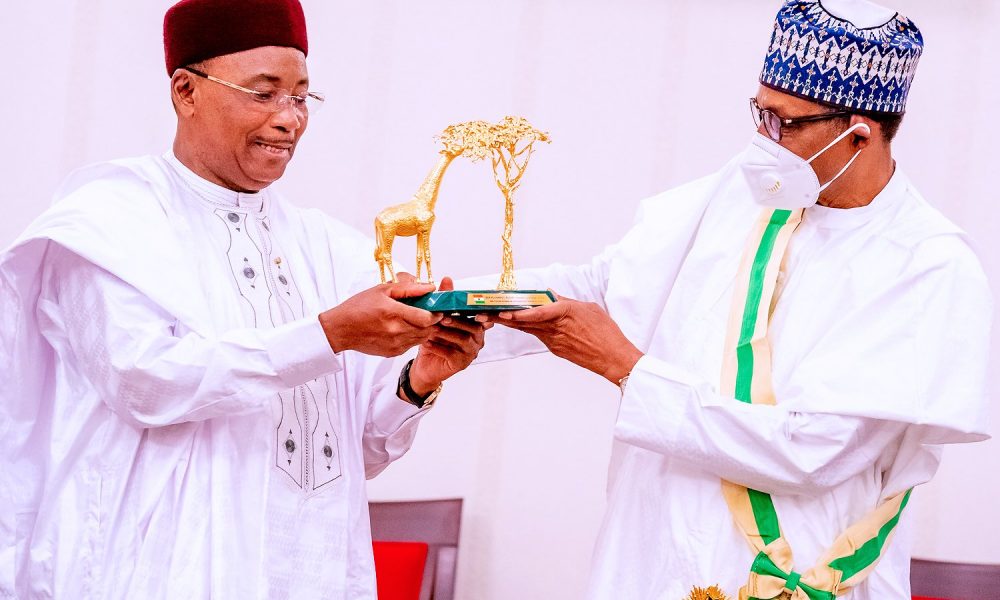 The outgoing President of the Republic of Niger, Mahamadou Issofou, has honoured President Muhammadu Buhari with the highest award in Niger for his government’s contribution to the development of bilateral relations.

This comes as President Issofou paid a working visit to Nigeria where he met with President Buhari at the presidential villa in Abuja on Tuesday.

Later, President Issofou, who is stepping down next month, inaugurated a nominal road in Abuja, accompanied by the governors of Kebbi, Zamfara, Katsina, Jigawa, Sokoto, Kano and Yobe states.

In his remarks, President Buhari commended his counterpart for his leadership style in fighting poverty in the nation.

Buhari also commended President Issofou for his steadfastness in rejecting changes to the country’s constitution that would allow him to remain in power.

President Issofou recently won the prestigious Mo Ibrahim Foundation Award for $5 million for his outstanding leadership of his country.