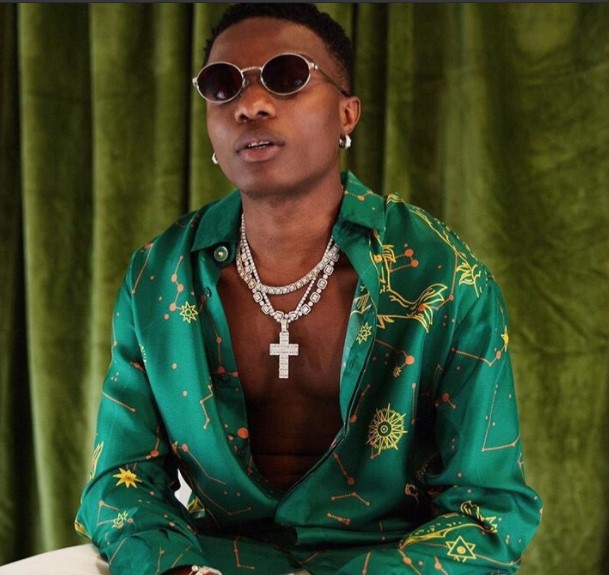 NewsOnline Nigeria reports that Nigerian superstar, Ayo Balogun, popularly known as Wizkid, has won his first-ever Grammy Award for his role in ‘Brown Skin Girl’ off the 2019 album, ‘The Lion King’, at the 63rd Grammy Award.

He won the award alongside Beyonce, who owns the song and featured artists – Wizkid, Blue Ivy, and SAINt JHN

It also marks the first Grammy Award for Beyoncé’s daughter.

The award will go to Jenn Nkiru who directed the video while artists, producers and video director will get a statuette for this category.

Wizkid has continued to excel on the global stage. His latest album, Made in Lagos, enjoyed rave reviews across the world, even as his fan base stretched to hitherto ‘unconquered’ territories.

Wizkid was the first Nigerian to win an NAACP Image award for the song, Brown Skin Girl, on which he was featured by Beyonce, in the category of ‘Outstanding Duo, Group/Collaboration’. He also became the most awarded African Artist in the history of the Music of Black Origin awards, having won four awards. He was adjudged the ‘Best African Act’ in the 2020 edition of the prestigious award.

He also became the most awarded Nigerian artiste at the BET Awards, having won three times. The singer was the first African artiste to be nominated at Brazil’s Breaktudo Awards in the ‘Global Artiste’ category.

Wizkid emerged as the first African artiste to debut on Spoify’s Global and Album charts #10. Continuing his winning streak, Wizkid became the first Nigerian artiste to record at least one entry on the United Kingdom’s singles chart with two different albums― Come Closer (2017) and Ginger (2020). Meanwhile, Made in Lagos is the longest-charting Nigerian album on the UK albums chart for the new decade.