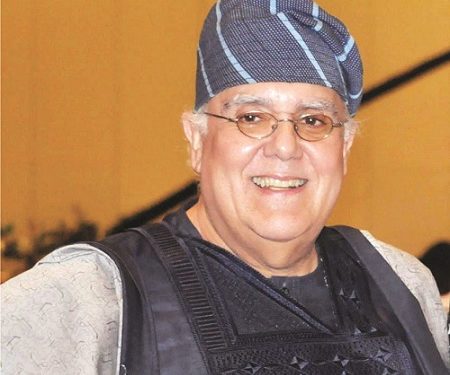 The International Bar Association and IBAHRI also condemned what they described as the security forces’ “excessive and disproportionate use of force and live ammunition” to disperse protestors.

In a statement, IBA President Horacio Bernardes Neto referenced the Lekki Tollgate incident of October 20, noting that the reported killings had also been condemned by the African Union and the United Nations, among others.

Neto said: “We call on President Muhammadu Buhari to ensure Nigeria’s government instigates an urgent independent investigation, without impunity, into reports of extrajudicial killings and brutality meted out by the country’s security services against protestors. Nobody is above the law. The right to protest peacefully belongs to citizens of democratic nations across the globe and must be upheld.’

“Widespread protests have ensued as tension between civilians and security forces has grown as revelations of years of unchecked violence – including alleged killings, rape, torture and extortion by the Special Anti-Robbery Squad (SARS), have come into sharper focus.

“The Nigerian Government had declared a 24-hour curfew in some states on the evening of Monday 19 October that was largely defied by protesters. At Lekki Gate in Lagos, in what has been dubbed the ‘Lekki Massacre’, at least 12 protesters are reported to have died and hundreds to have been severely injured. The current death toll is reported to stand at more than 60 people, since the start of the protests on 8 October 2020.”

Referencing eyewitness reports, Neto added: “On 20 October 2020, Nigerian military and policemen from the Rapid Response Squad (RRS) Unit firstly removed the cameras from the Lekki toll gates, where protesters had been camped for two weeks, switched off the street lights, then opened fire on thousands of peaceful demonstrators without warning. Additionally, witnesses reported that ambulances called to assist the wounded were turned away by men in military uniforms, and that dead bodies were removed from the scene.

“The Nigerian authorities have reportedly denied there were fatalities, with the Nigerian army denying responsibility, stating the soldiers were not present at the scene and labelling videos of uniformed men opening fire on demonstrations as ‘fake news’. The reported killings have been strongly condemned by the African Union, the United Nations Secretary General, Antonio Guterres, and the UN High Commissioner for Human Rights, Michelle Bachelet, who described the reported events as a ‘premeditated, planned and co-ordinated’ attack on peaceful protestors.”

The statement also quoted International Bar Association, Director, Dr Mark Ellis, as stating that “At a time of global rejection of excessive and lethal policing methods, the situation in Nigeria is especially disturbing. The security forces of any nation are meant to protect civilians, not terrorise them. The wanton infringement of international standards including the Basic Principles on the Use of Force and Firearms by Law Enforcement Officials must cease. It is essential that the rule of law be exercised by bringing perpetrators to justice and setting a new precedent of police accountability, in order to secure the rights of civilians.”

Neto added: “Protestors have demanded the immediate release of all arrested protesters; justice for all deceased victims of brutality; appropriate compensation for the families of the deceased; psychological evaluations and retraining of all disbanded SARS officers, prior to being redeployed; and an increase in police salary so they are sufficiently compensated for protecting the lives and property of citizens without resorting to bribes and extortion.”

In another statement, IBAHRI Co-Chair and immediate past Secretary-General of the Swedish Bar Association, Anne Ramberg Dr Jur hc, said: “It is imperative that the Nigerian authorities engage with the will of the people in their call for police reform and rights’ protection.

“We call on Nigeria to uphold its international obligations including its citizens’ rights to security, dignity, freedom of expression and peaceful assembly, as provided under Article 21 of the International Covenant on Civil and Political Rights.

“Further, we call for an immediate, independent and transparent investigation into the killings and for the perpetrators to be held to account. Culprits guilty of crimes against civilians must be brought to justice, and the underlying issue of persistent violations by security forces and army personnel must be dealt with urgently and decisively.”