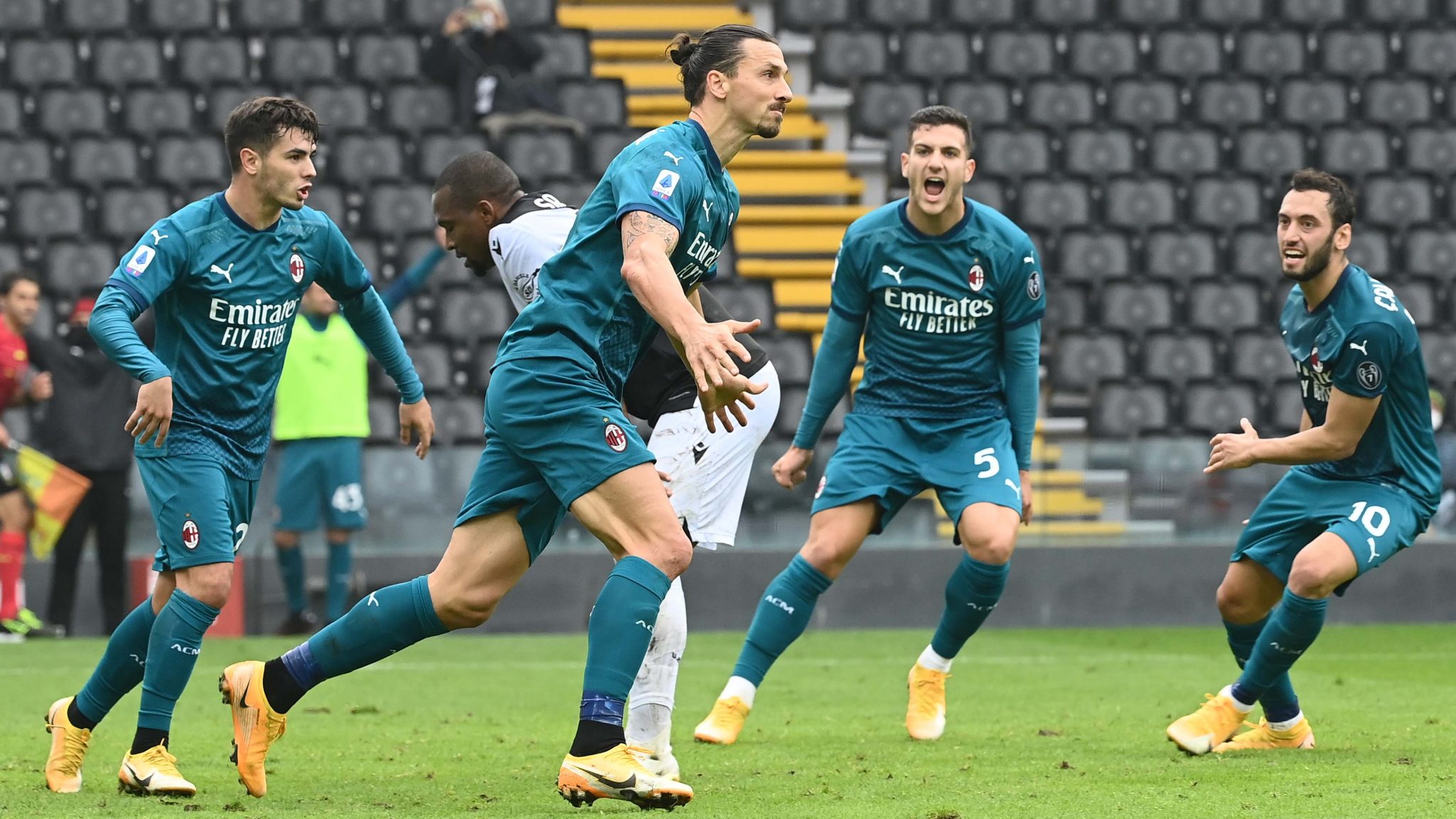 Zlatan Ibrahimovic scored an acrobatic late winner as AC Milan consolidated top spot in Serie A with a 2-1 win over Udinese on Sunday.

The 39-year-old has scored seven goals in four league games played having missed the other two after contracting coronavirus.

Stefano Pioli’s side are top of the table with 16 points from six games, four points ahead of Atalanta.

Champions Juventus are sixth — seven points behind AC Milan — before Sunday’s game against promoted Spezia where Cristiano Ronaldo starts on the bench after testing negative for Covid-19.

“Mine was a good goal but the victory of the team counts more,” said Ibrahimovic.

“It was a difficult match, we showed that in difficult moments the team works well together.

“We are among the youngest teams in Europe, I take the blame for raising the average age, but they all make me feel younger.”

The Swedish star set up Franck Kessie for the opener after 18 minutes before De Paul pulled Udinese level three minutes after the break from the penalty spot, beating Milan goalkeeper Gianluigi Donnarumma on his return from coronavirus.

AC Milan extended their unbeaten run to 24 consecutive matches since competition return in June after the coronavirus lockdown.

Udinese are in the relegation zone after their fifth defeat this season.

Nadal back in Paris, ‘not worried’ about past injuries