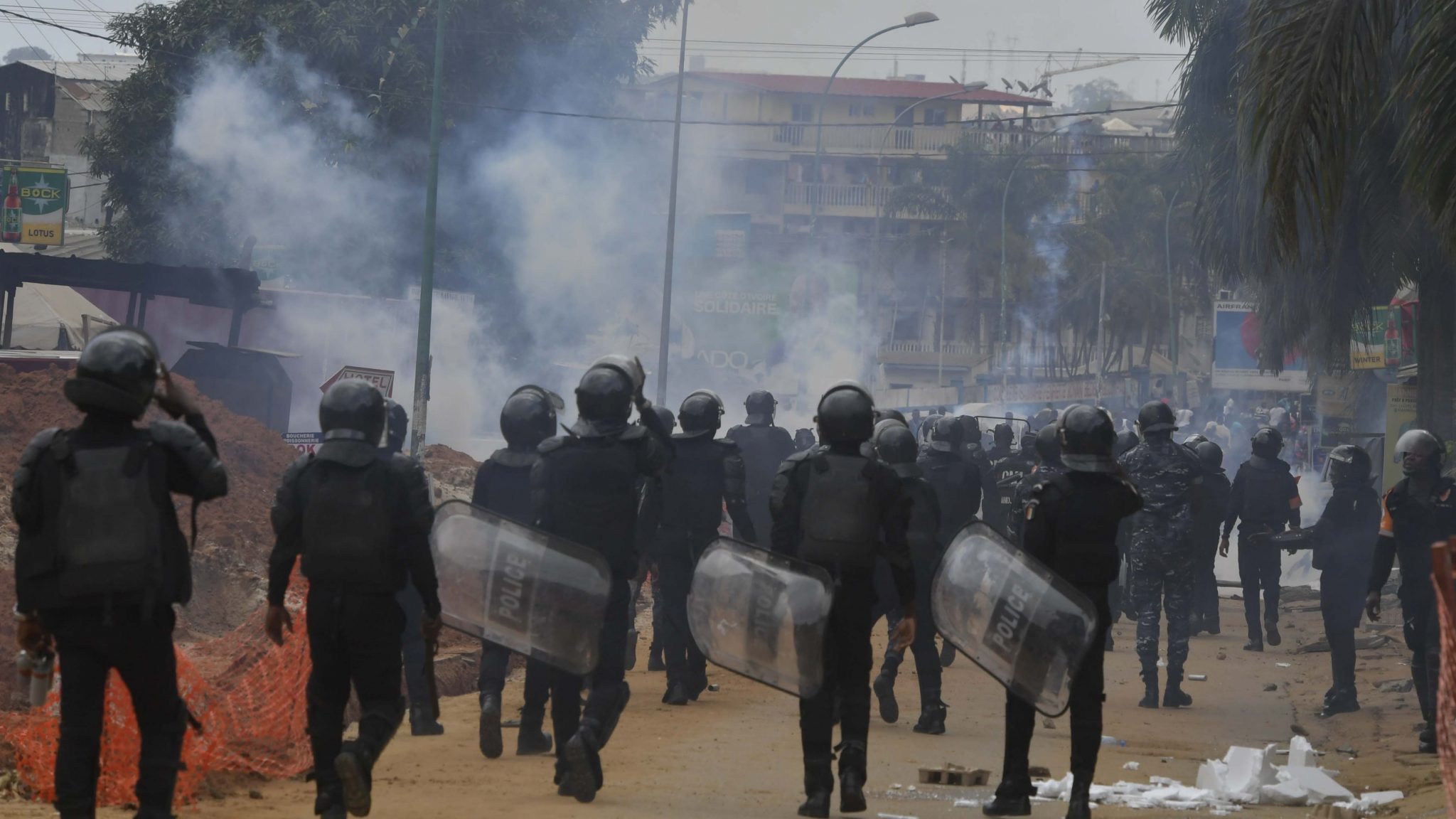 At least two people were killed in clashes during Ivory Coast’s election which was marked by an opposition boycott over President Alassane Ouattara’s bid for a third term, a security source said Sunday.

One person was killed in central Tiebissou and another in Oume, northwest of Abidjan, during Saturday’s vote, the security source said.

Tiebissou Mayor Germain N’Dri Koffi had said violence there killed four and wounded 27 more, but police did not immediately confirm that figure.

At least 30 people were killed in clashes in the lead up to Saturday’s vote, reviving fears over a repeat of the West African nation’s 2010-2011 post-election crisis when 3,000 died after then president Laurent Gbagbo refused to accept defeat by Ouattara.

On Saturday, demonstrations degenerated into clashes between rival ethnic communities in Tiebissou, Oume, Yopougon, a poor Abidjan district, and in the central western town of Gboguhe, according to witnesses.

According to the office of the Tiebissou mayor, a member of Ouattara’s ruling RHDP party, some of the injured had gunshot and stab wounds.

Tensions erupted in August after Ouattara, in power for ten years, announced he would run for a third term, angering opposition leaders who dismissed it as an unconstitutional “electoral coup”.

Clashes in Spain as anger at virus curbs rises